Still just 18, the first-year hurler out of high school faced the Lotte Giants in his Korea Baseball Organization (KBO) debut Thursday, filling in for injured starter Ben Lively. Heo promptly hit the first batter he faced, and two batters later, issued a walk to put two aboard for the dangerous slugger Lee Dae-ho.

Lee turned on a 0-1 pitch and sent it soaring over the left field wall. It looked to have gone slightly wide of the foul pole, but the initial call on the field was a three-run home run. 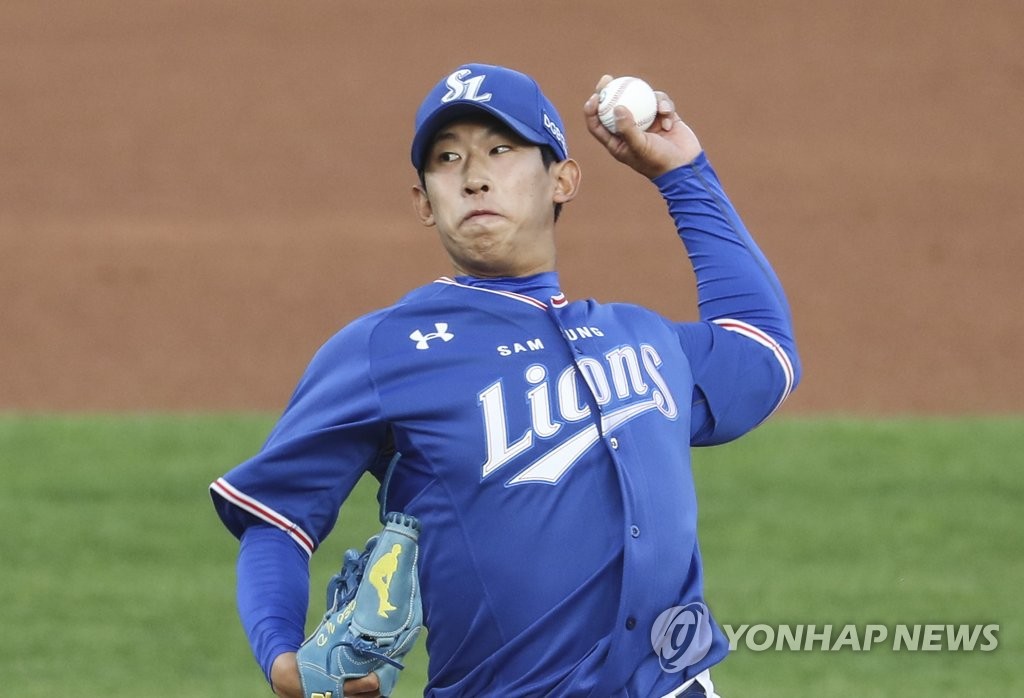 "Standing on the mound, I couldn't tell if it was a home run or a foul," Heo told Yonhap News Agency in a phone interview on Sunday. "I was just praying for it to go foul."

That apparently worked, as the ball was ruled foul after a video review. Lee hit a single to right two pitches later, but it wasn't enough to cash in a run.

Now the bases were loaded, but Heo retired the next two batters to wiggle out of the jam unscathed.

"If that ball had been a home run, I wouldn't even have made it to the fifth inning," Heo said. "Luck was on my side in that start."

Heo loaded the bases again in the second inning, and also got out of that trouble without giving up a run. He did make it through five innings, and despite walking four batters and hitting another while also serving up four hits, Heo didn't give up any runs. The Lions went on to win 3-1, making Heo the ninth KBO rookie drafted out of high school to win in his first career start.

The eighth rookie out of high school to do so happens to be Heo's Yushin High School rotation mate, So Hyeong-jun of the KT Wiz. So, who earned a rotation spot to begin the season, won in his debut on May 8. And the former one-two punch at Yushin both won last Thursday.

So has generated far more buzz so far this season than Heo, who acknowledged that he's not quite the pitcher that his friend is now.

"I am really happy for him. It's always nice to see a friend do well," Heo added. "I'd love to go up against Hyeong-jun in a start. If I ever get that chance, I'll try to beat him."

While So is considered a front-runner for the Rookie of the Year award, Heo has a decidedly more modest goal for himself in 2020. 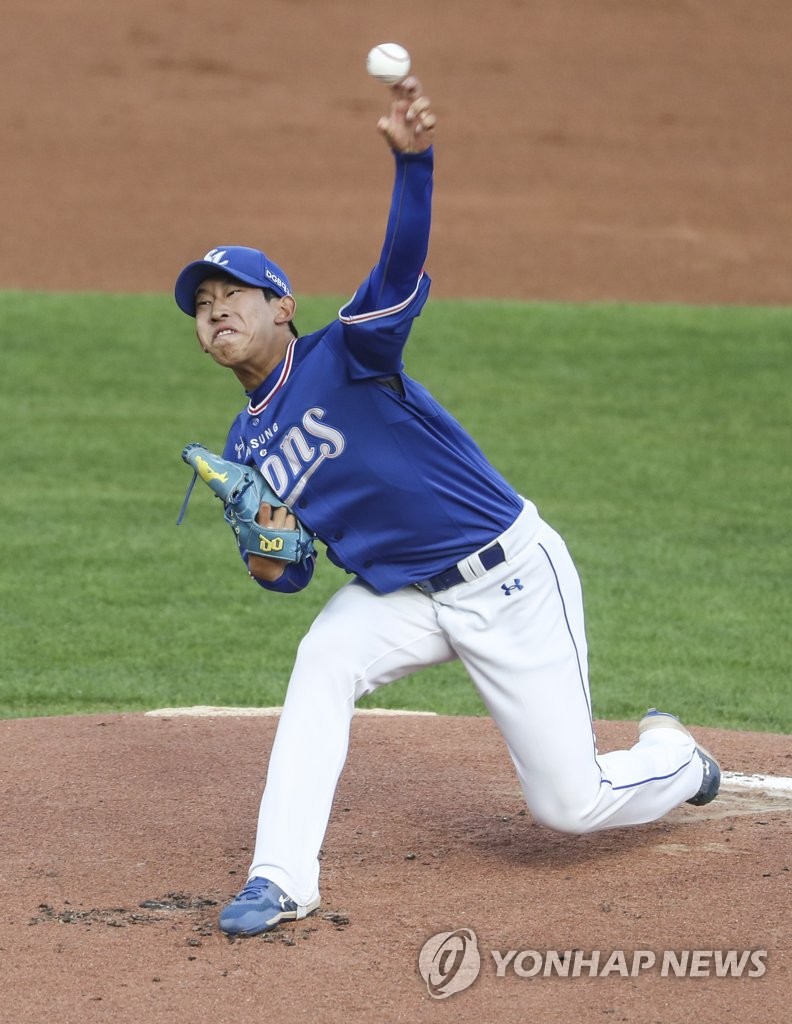 "I know how much more work I have to do, and I've never even thought about winning the top rookie prize," Heo said. "My goal is to stick with the team, and even if I get sent down to the minors, I'll try to learn as much as I can."

The precocious one is already thinking ahead, though. He has seen photos of the Lions' glory years hung in the hallways at their home park in Daegu, 300 kilometers southeast of Seoul, and he wants to take the team back to the top. The Lions won four straight Korean Series championships from 2011 to 2014, but haven't even been to the postseason since 2015.

"I want to pitch in the Korean Series and be a part of championship celebrations," Heo said. "I want to play for about 20 years, too."

To ensure longevity, Heo knows exactly what he has to do. Though he's not a fireballer by any stretch of the imagination, Heo said he still needs to throw harder than he did against the Giants.

He can touch 144 kilometers per hour (kph) with his fastball, but in last week's game, he topped out at 139 kph.

"In my next appearance, I'd like to get close (to 144 kph)," Heo said. "I have confidence in my fastball and slider. I walked too many batters in my first start, and I should try to get ahead in the count and cut down on walks."