SEOUL, June 1 (Yonhap) -- Hyundai Engineering Co., a plant engineering affiliate of Hyundai Motor Group, said Monday it has signed a deal with three business partners to invest a combined US$733.3 million in a polypropylene plant in Poland.

The deal signed Friday came more than two weeks after Hyundai Engineering clinched a $1.12 billion deal to build a polypropylene plant and relevant infrastructure in Police, a town located about 460 kilometers northwest of Warsaw.

The plant will have an annual production capacity of 400,000 tons of polypropylene, which is used in a wide range of applications, such as auto parts and daily necessities. 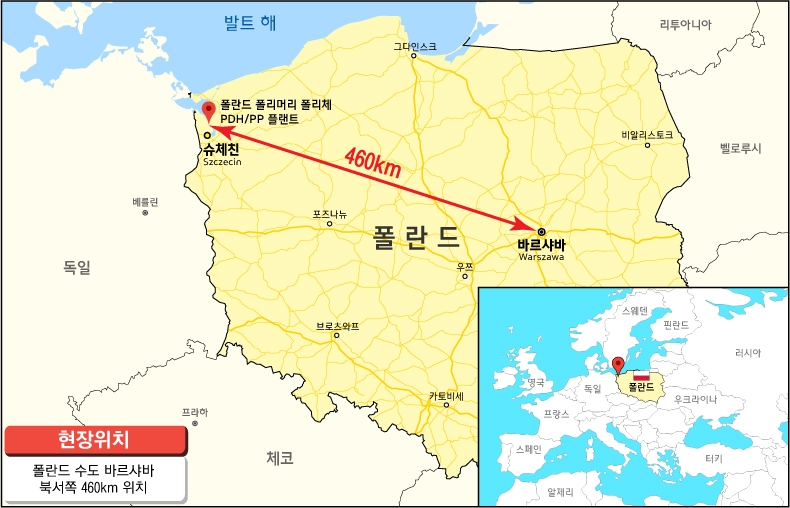