SEOUL, June 1 (Yonhap) -- Rare is a South Korean baseball team that feels genuinely happy for a player it has just traded away.

But the Doosan Bears may prove to be an exception, after dealing their third-string catcher Lee Heung-ryun to the SK Wyverns last Friday.

Trades aren't that common in the Korea Baseball Organization (KBO), with teams reluctant to make deals out of fears that players would often come back to haunt them in the small, 10-team league. Even the deals that are made don't move the needle much. 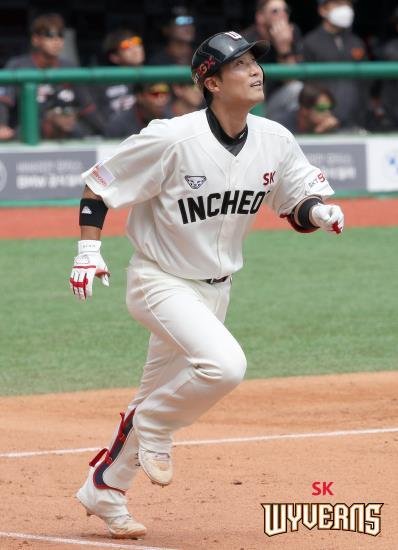 The Bears' trade of Lee and Kim Gyeong-ho in exchange for pitcher Lee Seung-jin and catcher Kwon Ki-young appeared to be precisely that type of underwhelming transaction. Lee Heung-ryun was by far the most recognizable name in that deal, only because he had the most KBO experience of the four, and he'd only appeared in two games off the bench this season for the Bears. Kwon, the backstop coming the other way, hasn't even played in the KBO.

Lee Heung-ryun, 31, made an immediate impact. He went 3-for-4 with a home run and two RBIs in his first game as a Wyvern on Saturday against the Hanwha Eagles, and then homered again the following day. The Wyverns won both games to extend their season-high winning streak to four games. Lee, who made his KBO debut with the Samsung Lions in 2014, had never gone deep in back-to-back games.

Before the Bears' game on Sunday, manager Kim Tae-hyoung said with a smile, "I didn't expect him to get three hits in his first game."

"He is a fine catcher, but on our team, he wasn't going to get a lot of playing time," the manager added. "I told SK manager Youm Kyoung-youb that Lee Heung-ryun is someone that can help their team. It's good to see him do well early on."

It was a deal made out of necessity. The Wyverns needed some catching help after their starter Lee Jae-won went down with a broken thumb just prior to the regular season. The Bears, with one of the worst bullpens in the KBO, could use some extra relief pitching. And Lee Heung-ryun, buried in the depth chart behind Park Sei-hyok and Chung Sang-ho, could be a decent fill-in option until Lee Jae-won returns.

Doosan outfielder Kim In-tae, one of Lee Heung-ryun's closest friends on the team, said he reached out to his former teammate right after Saturday's game. 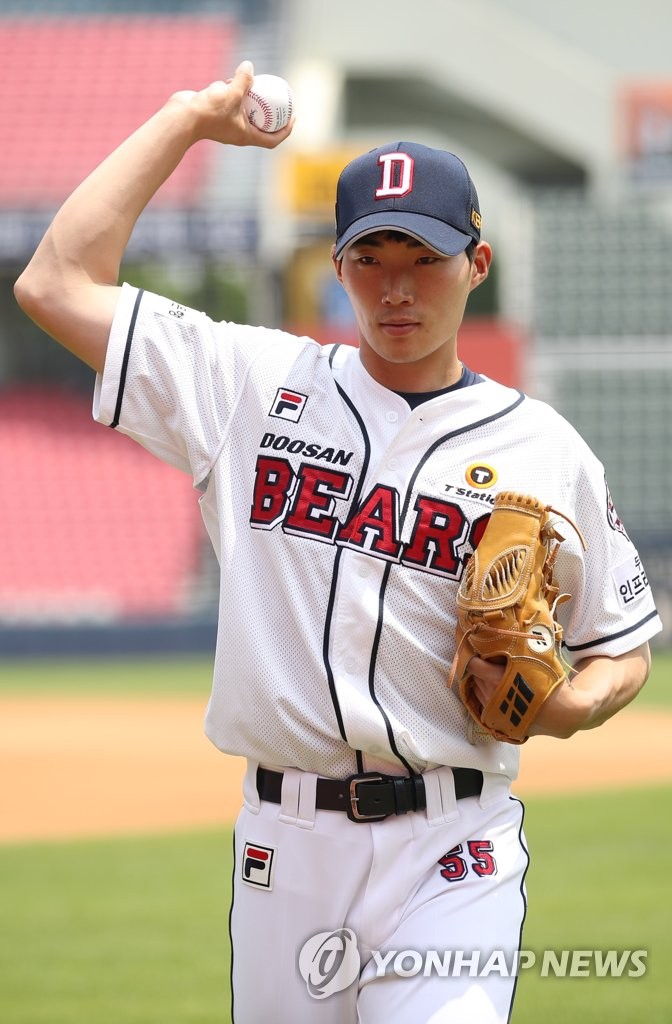 "He told me he just got lucky with that first home run, and I said, 'You're being too modest,'" Kim said. "He's such a great guy. I hope he does well with SK."

Kim, the Bears' manager, is happy for his former backstop, but he's also counting on some return from the assets he received, in particular with Lee Seung-jin.

The 25-year-old right-hander hasn't pitched in the KBO this season yet, with six relief appearances in the Futures League, the KBO's minor league, to his name so far. He has a 12.96 ERA in 8 1/3 innings, including an ugly outing on May 7 in which he was charged with nine earned runs in only 1 1/3 innings.

"I've seen him throw in the bullpen. He throws with power and his breaking balls looked pretty sharp," Kim said. "We'll use him up here at some point."