SEOUL, June 1 (Yonhap) -- More than 6 million South Koreans were subscribed to 5G mobile networks as of April, a year after the country adopted the service, government data showed Monday.

The number of 5G users in the nation reached 634 million as of the end of April, up 7.8 percent from a month earlier, according to the data compiled by the Ministry of Science and ICT. 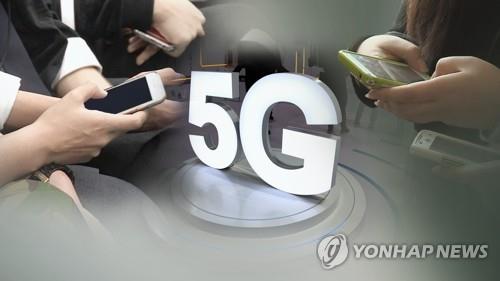 SK Telecom's 5G customers accounted for 45 percent as of April, trailed by KT with 30.3 percent and LG Uplus with 24.7 percent, the ministry said.

The number of mobile subscribers between 2G and 5G came to 69.35 million as of the end of April, the ministry said.