SEOUL, June 1 (Yonhap) -- Hyundai Heavy Industries Group, South Korea's ninth-biggest conglomerate, said Monday it will spend an additional 300 billion won (US$244 million) to beef up safety for its workers over the next three years.

With the additional spending, the group will spend a total of 1.64 trillion won during the cited period to improve safety at the facilities of its nine affiliates, including Hyundai Heavy Industries Co., the country's biggest shipbuilder, it said in an emailed statement. 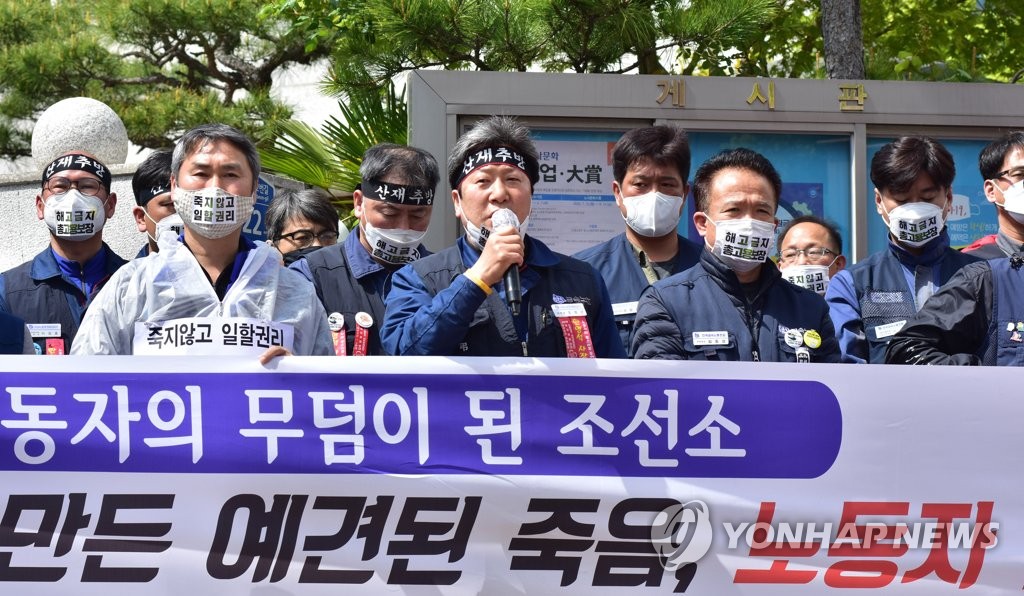 It will also increase training for its workers to prevent workplace accidents.

Four Hyundai Heavy workers died in the first five months of the year due to poor safety measures and unsafe facilities, according to media reports.

The workplace accidents caused the labor ministry to tighten its supervision of the group.

Last Thursday the ministry said it will put the group on its special regulatory supervision list until the group's safety system is improved.