SEOUL, June 1 (Yonhap) -- Creditors of cash-strapped Doosan Group decided Monday to provide an additional 1.2-trillion-won (US$1 billion) to the conglomerate.

Main creditors, such as Korea Development Bank (KDB) and the Export-Import Bank of Korea (Eximbank), said they agreed to give financial support at a meeting held on the day.

The creditors have provided a total of 2.4 trillion won to the embattled group since March.

"We have decided to additionally provide 1.2 trillion won (to Doosan Group), accepting its self-rescue plan," the creditors said. 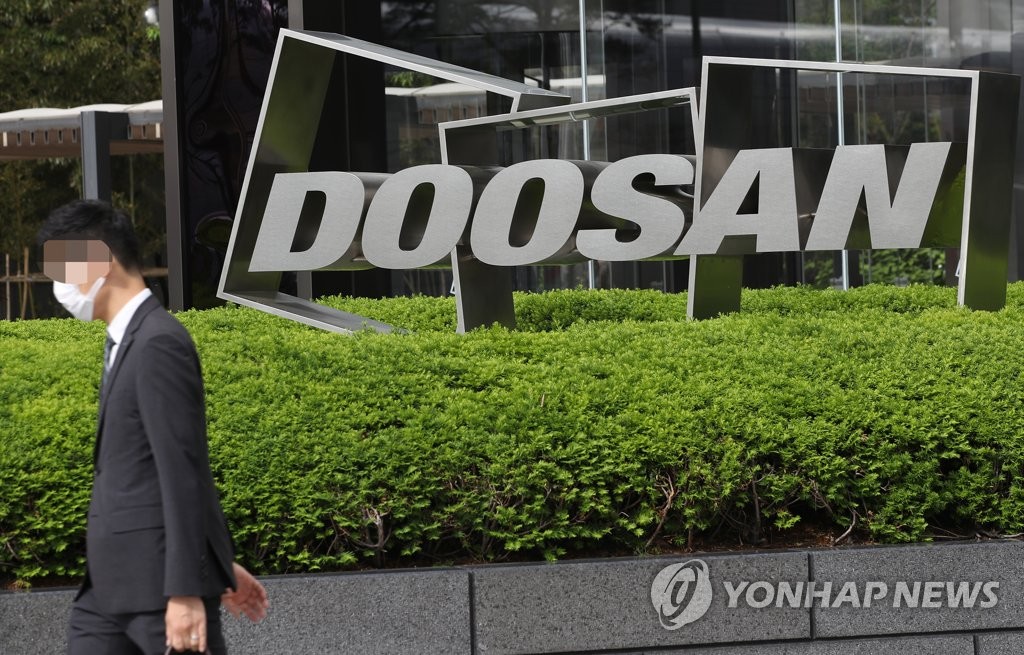 The cash-strapped group had proposed its self-rescue plan to secure 3 trillion won by selling its non-core assets and shares.

It has been widely said that Doosan Heavy suffered setbacks in business due to the outbreak of the new coronavirus and the poor performance of its construction affiliate, Doosan Engineering & Construction Co.

Another reason for the setback has reportedly been the shift of the country's energy policy from nuclear and fossil fuel-based power generation to renewable energy sources, such as solar power. The group is a key player in the commercial nuclear field.

After the creditors' decision, the group said the additional loan will help ease its immediate liquidity shortage. It will also speed up its plan to reorganize its business portfolio, focusing on gas turbine and renewable energy.