SEOUL, June 3 (Yonhap) -- You would think that the world is yours if you were Katy Perry, the American pop star who has sold over 18 million albums globally throughout her career replete with chart-toppers, including "Waking Up In Vegas," "Teenage Dream," "Firework" and "Roar."

But even the great Katy Perry is human too, with emotional ups and downs, and apparently at times even harboring dark thoughts in moments of emotional desolation, similar to the rest of us mere mortals.

In an exclusive interview last Thursday with Korea Now, Yonhap News Agency's English video news service, Perry shared her experience in battling depression and overcoming a sense of hopelessness while writing her upcoming sixth studio album, due out Aug. 14.

The 35-year-old singer is also soon expecting a baby together with her fiance, British actor Orlando Bloom.

"I was writing this record when I was feeling really hopeless, feeling really depressed and struggling with that darkness," Perry told Korea Now in an interview held via video conference software Zoom.

Perry explained of her state of emotion during the writing process. "I felt like my soul was writing these songs and taking over and being kind of like the ghost writer." 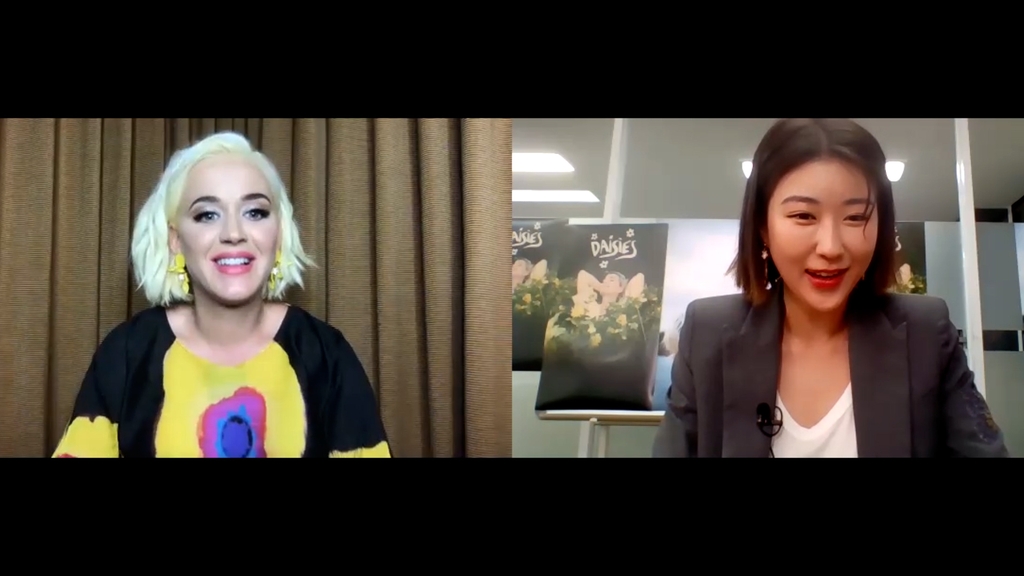 "'Daisies' is the first official song from the album, and it really lays the foundation for what I want to say with this record, which is, you know, this whole record has messages of resilience, kind of perseverance, and inspiration and hope," Perry said.

She further added, "Daisies is really a song that's about staying true to your path with your dreams no matter who says they are too big, or that you can't actually achieve them."

As the new coronavirus pandemic having touched and affected everyone globally, with Perry being no exception, the singer said she tried to hold on to her art and personal life "one day at a time."

"I had a lot of plans and a lot of other feelings and then the world changed overnight with COVID. I had to go back to the drawing board and pivot," recalled Perry of the early days of the pandemic.

For Perry, her latest work won't just be a collection of music but also serve as a personal memento of one of the most emotionally challenging periods in her life.

"Like two years ago, I didn't know if I was going to be living. And now I am living, I get to bring life into the world," Perry explained. 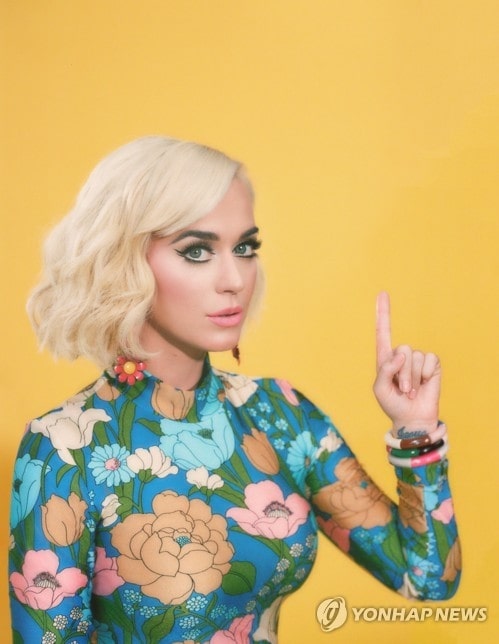 Perry also shared some tidbits of her upcoming new album. She described the record as being having elements from her 2013 album, "Prism," and 2010's "Teenage Dream," which produced five Billboard Hot 100 singles.

As in vein of many of the messages of her songs, Perry said her ultimate goal as an artist is to be "a good vessel for the different messages" and become "a light" to the world.

"(My ultimate goal) is to bring light to this world and when I leave this world, that I have left a lot of light through these songs," Perry said.

Perry also shared her experience in being in South Korea in 2018 for a Seoul concert. The singer said Korea was one of the "top five places" she loves to go to and added that she hoped to return to the country next year.

She also shared her experience of visiting the Demilitarized Zone, along the border with North Korea.

"That was a wild experience as well to be so close (to North Korea) and to kind of have a better understanding of what you guys went through and deal with every single day," Perry said.

On K-pop, Perry described the advent and rising popularity of Korean-produced music in the United States as "amazing."

"I think that it's been amazing to see a different culture come in and fit right in. I like that we're all kind of meshing together and becoming a bit of a one world."

The singer added, "I think it's a cool and an interesting time for music, and I like that K-pop is a part of it."