The May tally compares with a 0.1 percent on-year gain in March, according to the data released by Statistics Korea. 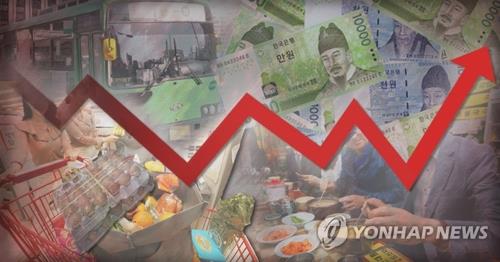 It was the second time that the annual inflation rate fell below zero since the statistics agency began releasing the data in 1965. The country's inflation slipped 0.4 percent on-year in September last year.

Ahn Hyung-joon, a senior official at Statistics Korea, told reporters that the decline in the May inflation rate was mainly attributed to a plunge in oil prices.

In May, prices of petroleum products plunged 18.7 percent on-year, the data showed. Prices of livestock products rose 7.2 percent from a year earlier, and prices of processed foodstuffs rose 1.3 percent.

Last week, the BOK slashed its policy rate by a quarter percentage point to a record low of 0.5 percent as the nation's economy is expected to grow at the slowest pace in over two decades amid the pandemic.

The rate cut came a little over two months after the BOK cut the base rate to 0.75 percent from 1.25 percent in its first emergency rate cut since October 2008.