SEJONG, June 2 (Yonhap) -- South Korea's finance ministry said Tuesday it will take steps to stabilize the currency market if volatility rises over escalating tensions between the United States and China as Beijing went ahead with its plan to impose a new security law on Hong Kong.

Vice Finance Minister Kim Yong-beom made the remarks at a meeting with senior officials from the ministry, the Bank of Korea and financial regulators earlier in the day.

Volatility in the financial markets at home and abroad could spike, depending on possible developments of U.S.-China tensions, Kim said.

"The government will thoroughly take measures for market stabilization while closely monitoring the situation," Kim said. 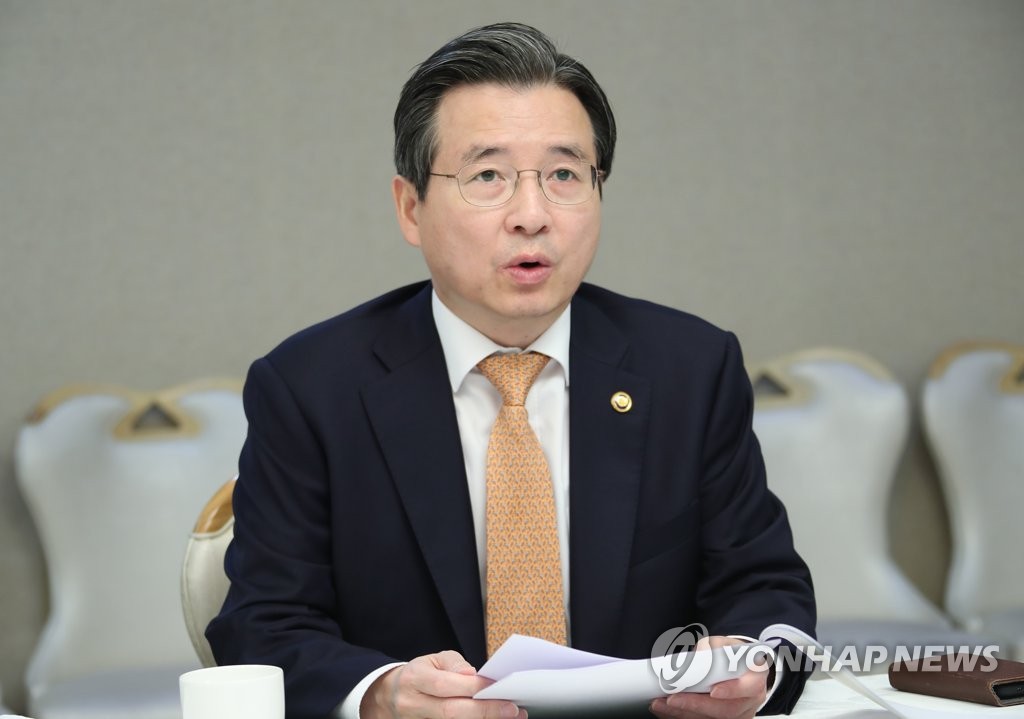 On Monday, the Korean currency closed at 1,225 won per dollar, up 13.5 won from the previous session's close.

Last week, Finance Minister Hong Nam-ki said "herd behavior" has been seen recently in the foreign exchange market and speculative trading has caused some moves in the Korean currency, referring to a one-sided movement.

Hong said the government will act boldly with its market stabilization measures if herd behavior becomes excessive in the foreign exchange market.