SEOUL, June 2 (Yonhap) -- South Korea is in talks with Kazakhstan to bring home the remains of one of the legendary Korean independent fighters, Hong Beom-do, this year, officials said Tuesday.

Hong was general commander of the Korean independence army during the 1910-45 Japanese colonial rule and claimed victories in battles against Japanese forces in Manchuria, including the Battle of Fengwudong in 1920. He died in Kazakhstan in 1943 and is still buried there.

In his address during the March 1 independent movement ceremony this year, President Moon Jae-in said that Hong's remains will be repatriated on the occasion of the Kazakh president's visit to South Korea.

But the plan has been delayed due to the global COVID-19 situation.

"We are discussing with the Kazakh side the repatriation within this year to mark the 100th anniversary of the Fengwudong battle. If possible, we hope that the repatriation will take place as early as August, though things are quite flexible due to the coronavirus situation," a ministry official said.

In April 2019, two Korean independence fighters were laid to rest here after their remains were returned from the Central Asian country.

The Fengwudong battle is called the first great victory in the war of independence, with Korean freedom fighters killing 157 Japanese troops and injuring around 300 others in June 1920. 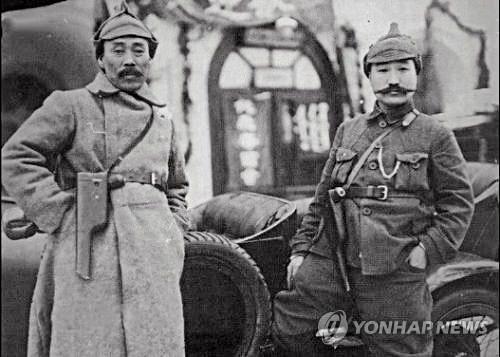