SEOUL, June 2 (Yonhap) -- With former Prime Minister Lee Nak-yon expected to declare his bid for the chairmanship of the ruling Democratic Party (DP) as early as this week, the party is poised to kick off a high-profile leadership race that could set the tone for the 2022 presidential election.

The five-term lawmaker who served as the first prime minister of the Moon Jae-in administration has reportedly set his sights on running in the DP race in August to pick the party's new chairman. He is expected to officially announce his candidacy as early as this week.

Rep. Lee is currently leading bipartisan polls for the most favored presidential candidate for the 2022 elections, having won broad public support for his soft leadership during his more than two-year term as the prime minister. He also defeated Hwang Kyo-ahn, a former prime minister with the conservative bloc, in a symbolic Jongno constituency in central Seoul in the recent parliamentary elections in April. 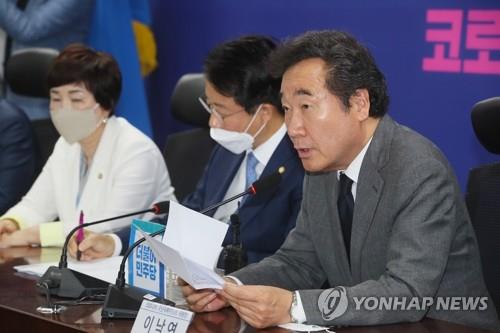 Further raising the profile of the election, another heavyweight party member, former four-term lawmaker Kim Boo-kyum, is reportedly preparing to throw his hat in the ring.

"(Kim) is seriously considering running for the party leadership," a source close to Kim told Yonhap News Agency last week. Kim's decision will be finalized in a few days, according to the source last week.

Winning the party leadership could mean gaining the necessary backing of the influential pro-Moon sect in the DP.

Aware of the two would-be presidential candidates' bids for the party leadership, some DP members are raising calls for a revision of the party's internal election rules.

This puts Lee or Kim in a position to give up the party chairman seat in March 2021 if either of them is elected to the leadership in the August party election. In that case, the party is required to hold another convention to choose a successor.

"It's not a good idea for the ruling party, which is required to back the stable operations of the administration, to hold a couple of party conventions in a few months period," said Rep. Ahn Gyu-back of the DP, who is the head of the party's committee for convention preparations. 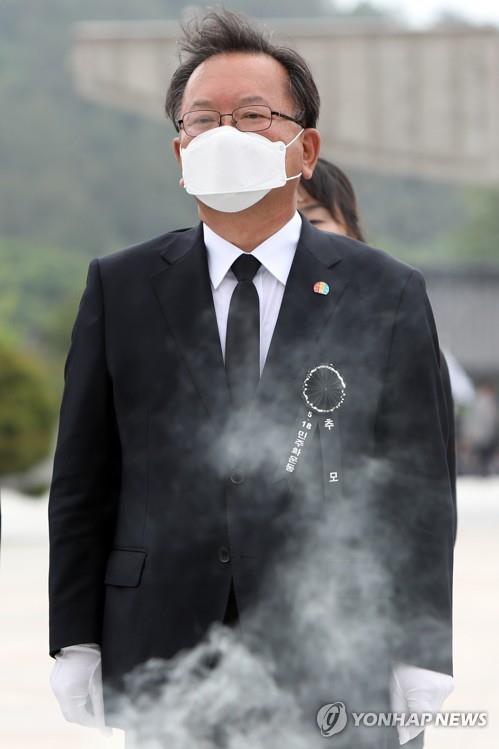