Big Hit announced on its official website and social media accounts that it started receiving online applications on Monday for the 2020 Big Hit Global Audition aimed at creating a new boy band that will hopefully achieve the global fame of BTS.

The company will receive applications until July 10, with the deadline for the United States on the separate later date of July 31. Those eligible to apply are males born after the year 2003.

This year, however, Big Hit adopted an online program due to health and safety concerns over the COVID-19 pandemic. The company has also opened the audition to all nationalities.

Applicants are to submit any type of content that can highlight their potential in any show business field. Last year, applicants had to select among the five categories of vocals, rap, dance, acting and modeling to apply.

Founded by producer Bang Si-hyuk, nicknamed Hitman, in 2005, Big Hit has grown into a global entertainment powerhouse, thanks to the massive success of boy band BTS. 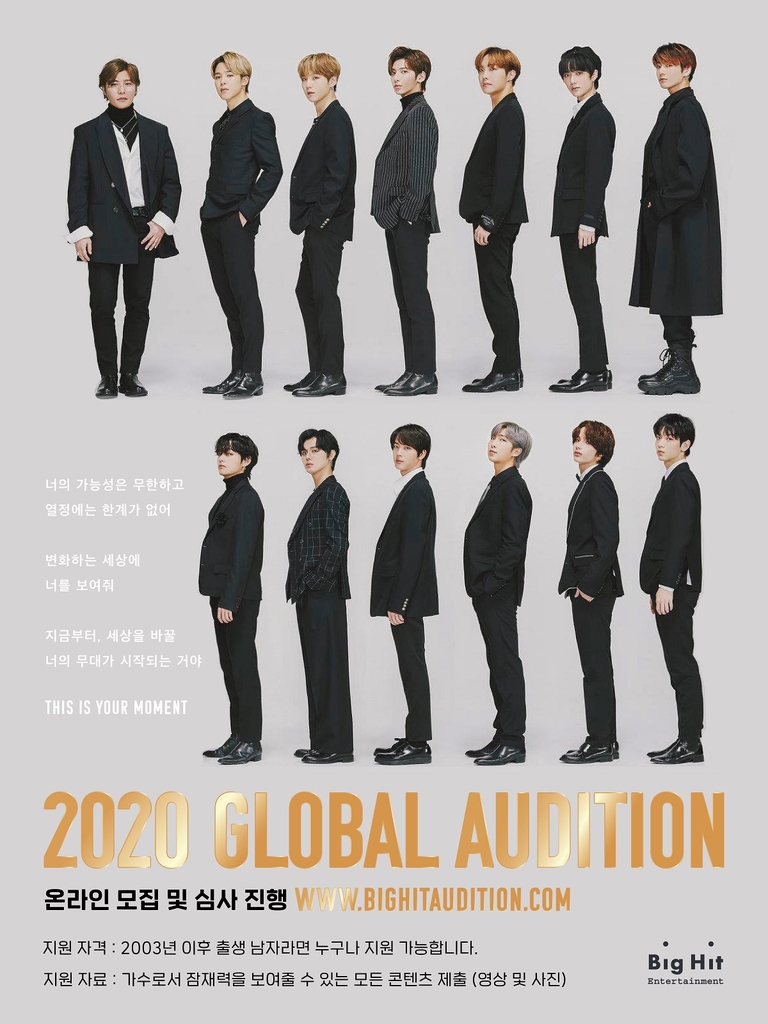