The Fair Trade Commission (FTC) also ordered Yogiyo to take some corrective measures, saying that the company unilaterally introduced a scheme to prevent its contracted restaurants from selling their foods at lower prices through other apps between 2013 and 2016.

During the three-year period, Yogiyo returned as much as 5,000 won to customers if an order from its app was more expensive than that from other apps.

For 43 restaurants that did not follow the scheme, Yogiyo terminated contracts with them, the FTC said. 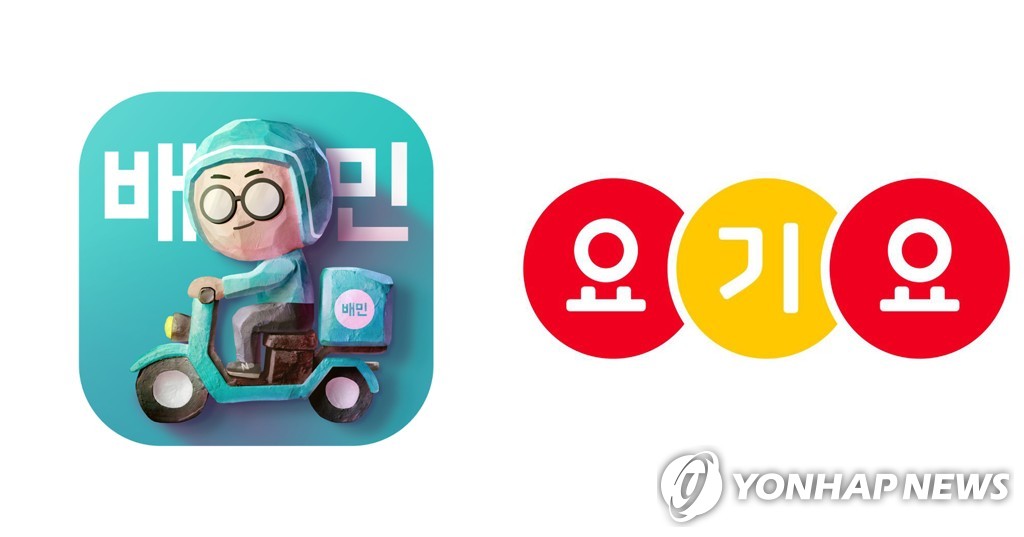 Delivery Hero's Korean unit expressed regrets over the FTC's ruling, saying that the commission scheme was abolished after the regulator began a probe into the company.

Late last year, the German firm struck a deal to acquire an 87 percent stake in Woowa Brothers, which operates the nation's biggest food-delivery app Baedal Minjok, or Baemin, from existing investors, such as Goldman Sachs and Singaporean fund GIC.

In April, Baemin had been under fire for changing its commission scheme, with critics saying it would place a heavier burden on restaurants hit hard by the coronavirus pandemic.

At that time, Baemin began to charge restaurant owners and franchisees a 5.8 percent commission for every online order. Previously, the fixed monthly commission was 88,000 won.

The combined users of Yogiyo and Baemin account for some 98 percent of all users of food delivery-related apps in South Korea, triggering concerns that the megadeal could hamper competition in the fast-growing market.

Last December, Joh Sung-wook, chairperson of the FTC, said the regulator will take a balanced approach to the deal by comparing the negative impact on consumer welfare and innovation.