SEOUL, June 2 (Yonhap) -- For baseball pitchers, throwing strikes is much easier said than done. If they could all do it at will, baseball would be a much simpler game for them.

It's only the elite few that can do it at a rate that makes them successful. In the 2020 Korea Baseball Organization (KBO) season, the NC Dinos' Koo Chang-mo, the best starter after the first month by many measures, also leads the league in first pitch strike percentage. 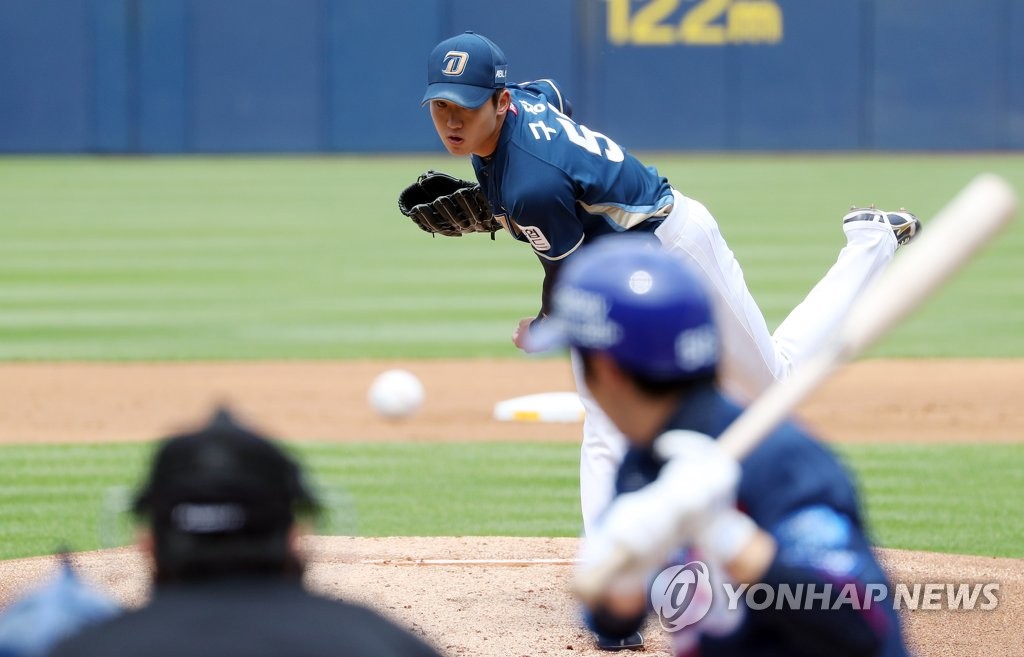 The sample size is admittedly small, for Koo has only thrown 35 innings, but that's still a staggering number. Eric Jokisch of the Kiwoom Heroes is a distant second at 68.1 percent. The single-season mark in the KBO is 71.2 percent posted by the then LG Twins' right-hander Henry Sosa in 2018.

It's no coincidence that Koo and Jokisch have been the KBO's two best starters this season, and they're both nominated for the Player of the Month award for May. They're tied for the league lead in wins with a 4-0 record. Koo and Jokisch are one-two in ERA (0.51 and 0.90) and walks and hits per innings pitched (0.60 and 0.87).

The more you look at Koo's numbers, the better they get. 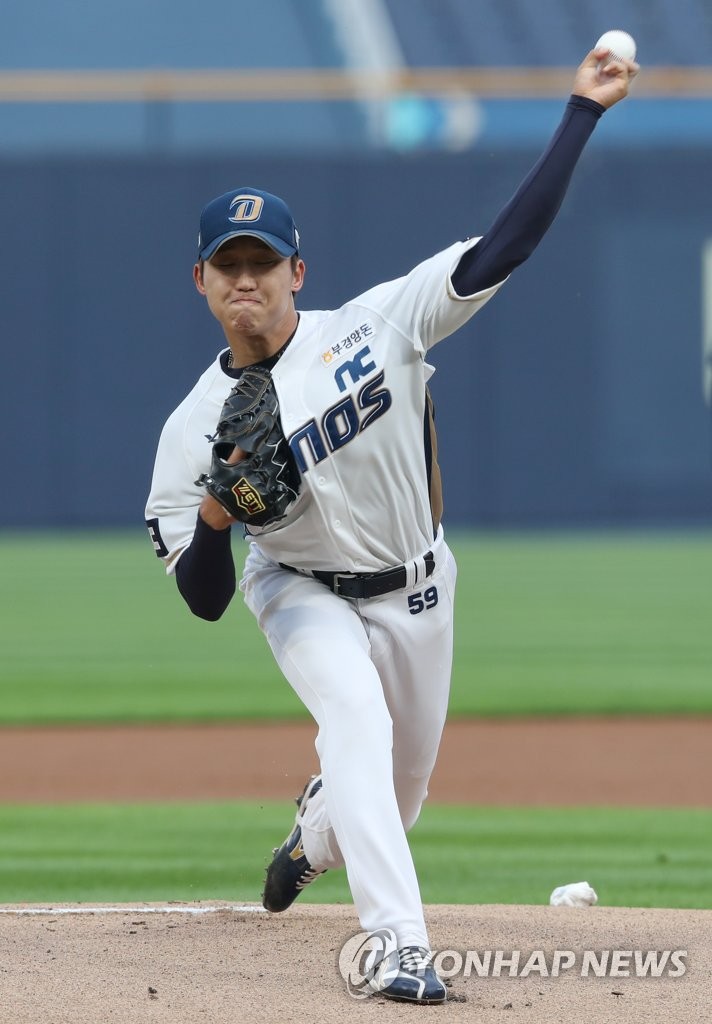 Opponents are only slashing .105/.171/.132 against him, each figure being the lowest in the league. He has yet to serve up a home run this season. Koo has struck out 30.9 percent of all the batters he's faced, and he has induced swings-and-misses on 17 percent of his pitches. Both figures are second best in the KBO and Koo's career highs.

Koo has also been the most efficient starter, in terms of pitch counts. He leads all qualified pitchers by averaging seven innings per outing, and has also averaged the fewest pitchers per inning among them with 14.

According to another statistics site, Statiz, Koo's four-seam fastball rates as the most valuable fastball per 100 pitches so far this season. Using the same formula, Koo's splitter is the most valuable splitter of 2020. His slider and curveball, two other pitches in his arsenal, are also inside the top 10.

Koo is averaging a career-best 143.7 kilometers per hour (89.3 miles per hour) with his fastball, and he has touched 150 kph. But he is relying less on his fastball than ever, as shown by a career-low 48.1 percent usage rate, and is throwing his slider (25.8 percent) and splitter (15.5 percent) at career-best rates.

Of Koo's 38 strikeouts, 18 have come on fastballs and 12 have been against splitters.

The young left-hander also passes the eye test, at least from the vantage point of an umpire who has called two of Koo's five starts this season.

Kim Jun-hee noted that Koo's pitches have more bite to them than in the past and that his breaking balls have been sharp. 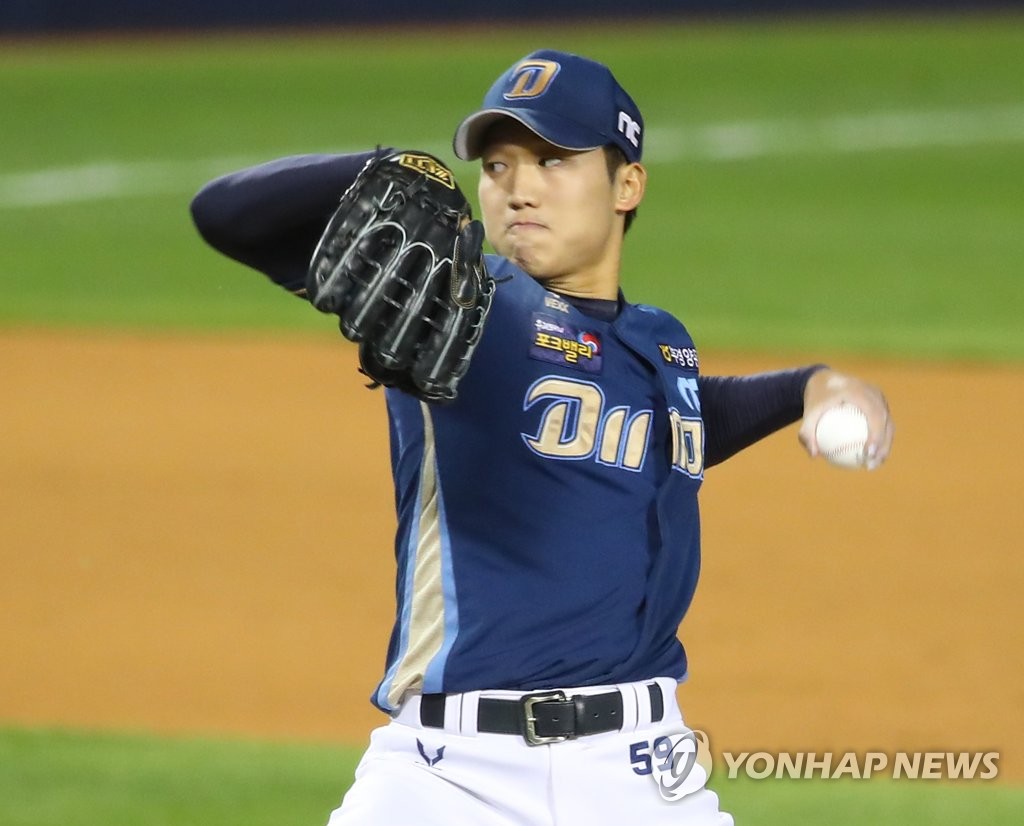 "He's always had a great fastball, and among us umpires, we felt that if he improved his command, he could really take the next step," Kim said. "Hitters are having a hard time picking up his pitches because Koo throws his fastballs and breaking balls from virtually the same angle."

Koo is 1-0 in two starts with Kim calling balls and strikes, with two earned runs allowed in 15 innings.

For what it's worth, Koo is also leading all KBO pitchers in Cy Young points, developed by statistics analyst Tom Tango. The formula is (innings pitched/2 - earned runs) + strikeouts/10 + wins. Koo has 23.3 points, with Jokisch in second place at 18.7 points.

The KBO's equivalent of the Cy Young Award is the Choi Dong-won Award, named after the late, great KBO right-hander for the Lotte Giants.