SEOUL, June 2 (Yonhap) -- Seventy-nine cases of property damage have been reported at South Korean-owned stores in the United States due to violent protests sparked by the death of a black man caused by police, the foreign ministry said Tuesday.

Of them, 50 cases were reported from Philadelphia, 10 cases from Minneapolis, five from Raleigh and four from Atlanta, the ministry said in a release. No casualties have been reported.

The protests have turned violent and led to rioting and looting at public places in an outcry over the death of George Floyd caused by a police officer who pressed his knee onto the victim's neck until he could not breathe.

U.S. President Donald Trump vowed Monday to end the rallies by "the rule of law," warning state governors that he could deploy the military if they fail to quell the protests.

The foreign ministry in Seoul held a videoconference with the chiefs of eight South Korean consulates in the U.S. earlier in the day to discuss the situation and measures to deal with the unrest.

During the talks with the consul-generals in New York, Boston, Atlanta, Chicago, Houston, Seattle, San Francisco and Los Angeles, Second Vice Foreign Minister Lee Tae-ho called for each mission to do everything it can to protect Korean nationals and minimize damage.

Officials from the South Korean Embassy in Washington D.C. were unable to attend the meeting due to the nighttime curfew enforced by the state, the ministry added. 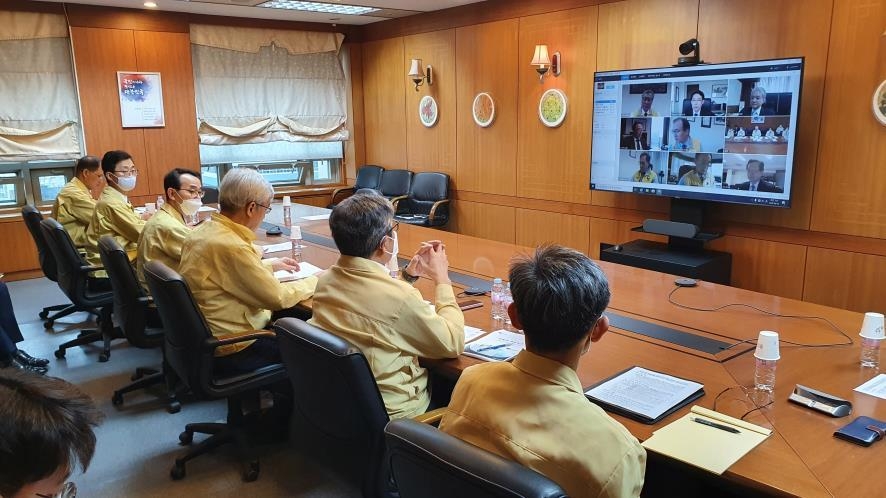 79 cases of property damage reported at S. Korean-owned stores in U.S. due to anti-racism protests

79 cases of property damage reported at S. Korean-owned stores in U.S. due to anti-racism protests