SEOUL, June 2 (Yonhap) -- South Korea's movie industry is expected to extend its earnings slump to the second quarter of this year due to the new coronavirus pandemic, analysts said Tuesday.

Since the first COVID-19 case here on Jan. 20, the outbreak has led to a sharp decline in the number of moviegoers and forced distributors and production studios to delay new films launches.

In the January-March period, the number of local moviegoers stood at 26 million, down 52.7 percent from 55.1 million a year ago, along with a 55.2 percent on-year fall in box office revenue, Korea Film Council data showed.

The number of moviegoers had fallen to a record low of 970,000 in April, down 92.7 percent from the previous year. The figure is expected to drop 74 percent in the April-June period from a year ago, according to brokerage estimates. 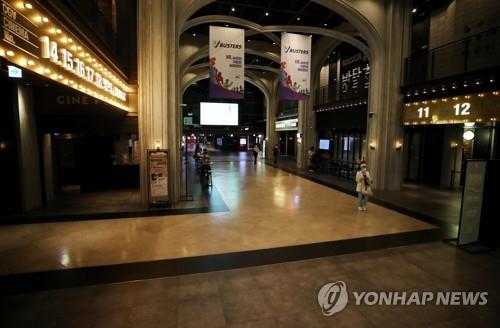 Jcontentree Corp.,, the operator of multiplex chain Megabox, saw its revenue fall to 103 billion won, down 18.4 percent from a year ago, with an operating loss of 15.6 billion won.

"The recovery won't come until the end of June, when the cinemas resume launching world-class blockbusters and attract the main target audience aged 20-39," he said. 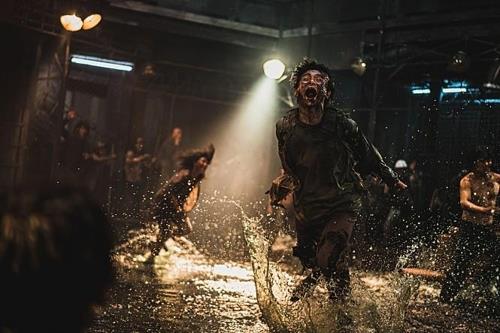 Zombie thriller "#Alive," starring actors Park Shin-hye and Yoo Ah-in, is set to be released on June 24. Crime thriller "Deliver Us From Evil," a 15 billion-won project starring Hwang Jung-min and Lee Jung-jae, is testing the waters for an early July launch.

"The South Korean box office is expected to bottom out in the second quarter and rebound, while the speed of recovery and the containment of the COVID-19 still come with uncertainties," said KB Securities analyst Lee Dong-ryun.