SEOUL, June 2 (Yonhap) -- Hwang Sok-yong, considered one of South Korea's most important and influential modern day novelists, said Tuesday that he wanted to take a literary deep dive on the topic of industrial labor in his new novel, "Three Generations of Railworkers."

"There hasn't really been a full-length novel that deals head on with industrial workers. It's a very important aspect (of modern society) but has largely been ignored (by the literary circle)," Hwang said at a press conference for his first new book in five years.

"Hence I had the thought of filling that void," Hwang elaborated while stressing that his political views in the novel combine both conservative and liberal perspectives.

"Railworkers," published by Changbi Publishers, is a sprawling modern epic that spans across three generations of a family of railroad workers, beginning from the era of Japan's colonial rule of the Korean peninsula all the way to 21st century modern South Korea. The book was released on Monday.

The cross-generational tale, centered around the Lee family, delves into the complexities of everyday life of the working class, paired with themes surrounding the independence movement against imperial Japan prior to Korea's liberation. The modern-day portion also touches upon the topics of hunger and rooftop sit-in strikes by laid off workers. 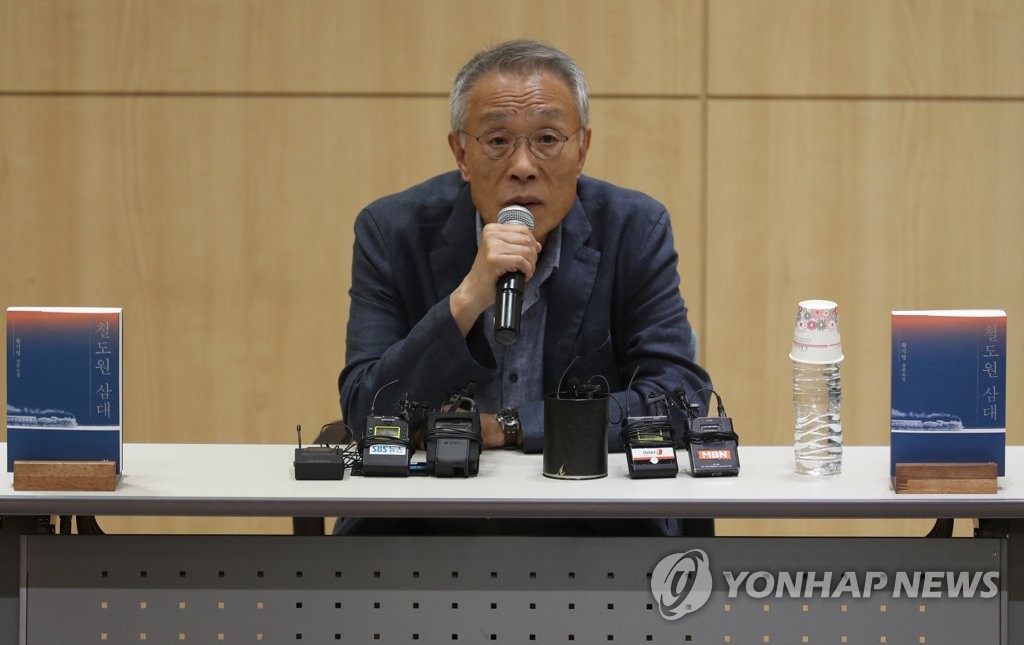 According to Hwang, writing "Railworkers," from the initial conceptualization to completing the final draft, took some 30 years. He considers his new book as one of the most defining works of his literary career.

The 77-year-old novelist explained that he wanted to explore a story of labor and family centered around railways and steel, as opposed to lighter industries based on manufacturing.

"Unlike, say, a sock factory or a tofu factory, railroads and steel are symbols of modern industrial society, central to the concept of modern labor," Hwang said.

"If any, railway workers are the ones that stand at the core of modern industrialized society," Hwang argued.

Hwang said he finished the novel hopping across 19 different personal offices throughout the entire process. The writer said he wrote about eight to 10 hours per day on a regular basis.

"I had a hard time finishing the novel, as my memory at times failed due to a lack of energy. At times, I got confused about the name of the characters, sometimes mixing them up," Hwang recalled of the writing process.

When asked of his chances of winning a Nobel Prize in literature, Hwang downplayed the significance of the prize within the modern day literature landscape.

However, he expressed hope for the resurrection of the Lotus Prize for Literature, which was organized by the Afro-Asian Writers' Association in 1969 but later discontinued.

"We used to think that we have to catch up to the Western or European literary world, as if winning a medal at the Olympics. But in reality, news on (winning a Nobel Prize) is perhaps publicized in the form of a short news brief overseas," Hwang said.

He also downplayed the relevance of the Swedish Academy, responsible for choosing the Nobel Laureates in literature, in modern literature, describing the academy as being in the "rural countryside of Europe."

Born in 1943 in Changchun, Manchuria, Hwang debuted in 1962 at the age of 19 and later became a literary household name through his body of works, including "On the Road to Sampo," "Jang Gilsan," "Shadow of Arms" and "At Dusk." He is the recipient of several of Korea's highest literary prizes, including the Manhae Literary Prize and the Danjae Literary Prize. 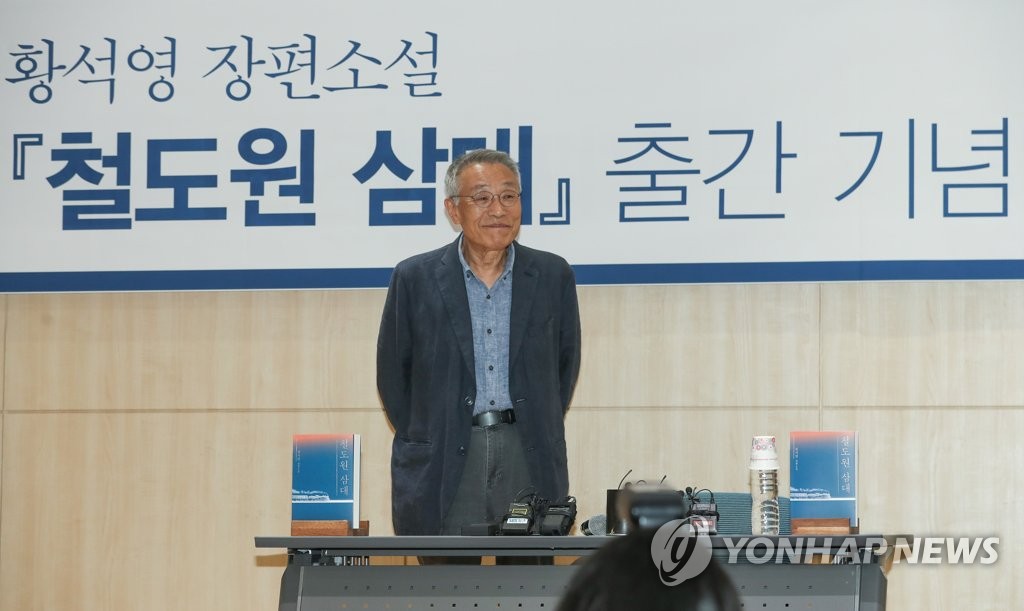