SEOUL, June 2 (Yonhap) -- A recent series of minor earthquakes on the southwestern tip of the nation should not be seen as a precursor to larger-scale tremors, experts told a forum Tuesday.

The Korea Meteorological Administration (KMA) hosted a conference of experts to analyze 75 successive earthquakes that have occurred in Haenam County, about 430 kilometers south of Seoul, since late April. Most of them had magnitudes less than 3.

The first quakes in 40 years to hit the region have sparked concerns, but the professors and researchers in the session concluded they show a seismic phenomenon that can usually be detected on the Korean Peninsula.

The latest analysis located their epicenters in an area 500 meters in diameter, far smaller than the initially thought 1.2 kilometers, suggesting the size of the faults is not big enough to cause any earthquakes on a dangerous scale.

Their depths were mostly 20 kilometers, deeper than the 5-15 kilometers of ordinary quakes in Korea, but they do not deviate from the usual seismic pattern in the peninsula, the experts said.

Among the Haenam quakes, those of magnitude 2 or higher showed a horizontal movement of faults typical of the peninsula events, they said.

The KMA has yet to determine the cause of the earthquakes, which requires a further study on the fault structure and tremor patterns.

Kim Jong-seok, chief of the KMA, pledged to strengthen monitoring and alert systems and push for a research project to find out the cause of the quakes. 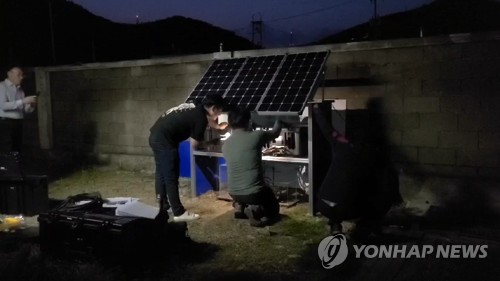 Recent earthquakes in southwest not precursor to major tremors: experts

Recent earthquakes in southwest not precursor to major tremors: experts