The K League 1 club announced Tuesday that Oh, 35, has signed for the rest of the 2020 season. The versatile player can play as right back, center back and defensive midfielder, and with this acquisition, Pohang will address their glaring hole on the right side of the defense.

Oh, who played at the 2010 FIFA World Cup, made his professional debut with Pohang in 2003. He stayed there until 2007, and then embarked on an international journey that took him to Japan, Russia and China. In the K League 1, he has played for Ulsan Hyundai FC, Suwon Samsung Bluewings and most recently, Gangwon FC. He has 370 K League matches under his belt.

Oh and Gangwon mutually agreed to part ways on May 20, and Oh had been fielding offers from multiple K League clubs before reuniting with Pohang.

Players switching clubs during the current transfer window can formally register with their new teams starting on June 25. The earliest Oh can suit up for Pohang will be June 26 against Gwangju FC. 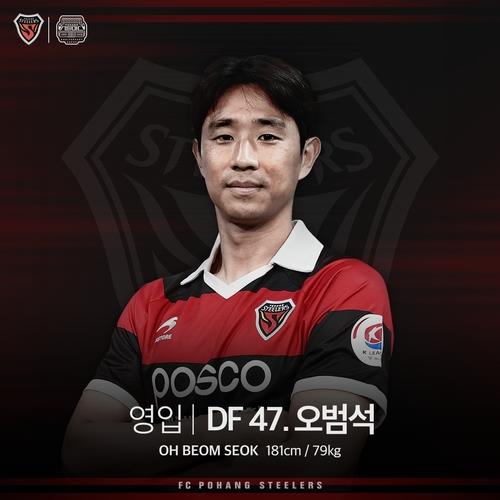