The Busan District Court dismissed the prosecution's request for the warrant to detain former Mayor Oh Keo-don on charges of indecent act by compulsion. 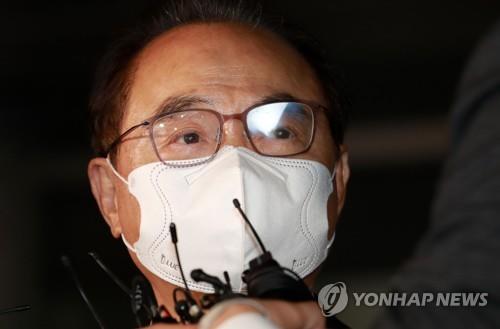 Oh is alleged to have sexually assaulted a city employee at his office in early April. He stepped down from the post on April 23 after apologizing to the victim in a press conference.

The court said charges against Oh are very serious but it didn't deem detention of Oh to be necessary or justified, as all the necessary evidence has been secured.

Oh, who ran as a candidate for the Democratic Party, was elected as mayor of Busan, 450 kilometers southeast of Seoul, in 2018. The party expelled him in late April.

The mayoral post is being temporarily filled by the city's vice mayor for administrative affairs until a by-election is held in April 2021.