The company said that its chairman, Suh Kyung-bae, explained the "ABC Spirit" through an event that was broadcast live through YouTube on Monday. 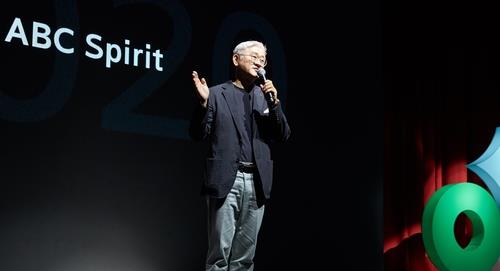 The five principles that were officially released by Amorepacific -- Customers first, Be the first and the best, Collaborate with an open mind, Respect differences, and Act with integrity.

"The five acting principles will be a guide so that every member of Amorepacific can head in the same direction," Suh said at the event.

The chief said the principles are all based on experiences and knowhow earned by employees over the years.

He urged everyone to stay safe and healthy and to do their utmost to overcome the current situation.

Amorepacific earlier said its net income for the first quarter dipped 45.2 percent from a year earlier to 67 billion won (US$ 54.6 million), as the market as a whole was hit by the novel coronavirus outbreak