The May meeting, presided over by North Korean leader Kim Jong-un, drew fresh attention to the 3,000-ton submarine under construction, with South Korean military and intelligence officials saying it appears almost ready to be deployed. The submarine is believed to be capable of carrying three ballistic missiles.

"I continue to worry that we're going to see a submarine here pretty soon that's got a ballistic missile capability on it," Sharp said during a virtual seminar hosted by the Korea Defense Veterans Association.

He said he also believes North Korea continues to develop its short- and medium-range ballistic missile capability despite refraining from long-range missile tests since 2017. 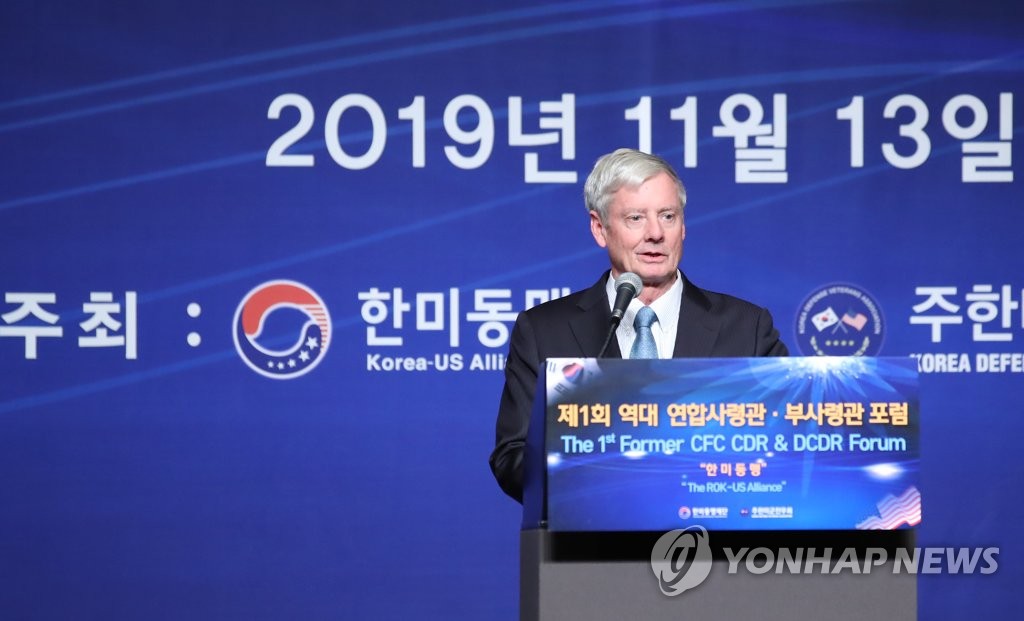 "The strong option has got to always be there. It's got to be there until complete denuclearization and we have peace on the peninsula," he said, referring to when the Trump administration looked at military options to deal with North Korea during the height of tensions in 2017.

But he also emphasized the importance of continuing diplomatic efforts to get North Korea to denuclearize and improve its economy, as well as its human rights situation.

On the U.S.-led United Nations Command, which oversees the cease-fire that ended the 1950-53 Korean War, Sharp said he expects it to remain critical following the envisioned transfer of wartime operational control of allied troops from Washington to Seoul.

If the transition occurs before a peace treaty is signed, he said, the UNC will continue to perform its current role of maintaining the armistice and holding both Koreas and the U.S. to the armistice rules.

"If OPCON transition takes place at a different time, potentially after ... North Korea denuclearizes and there's peace on the peninsula, a peace treaty has been agreed to, the U.N. Command may still have a role," Sharp said. "It will be a different role, but I think it could potentially have the role in helping maintain the peace for at least a period of time after we end up with a peace treaty and denuclearization, but that's yet to be seen."