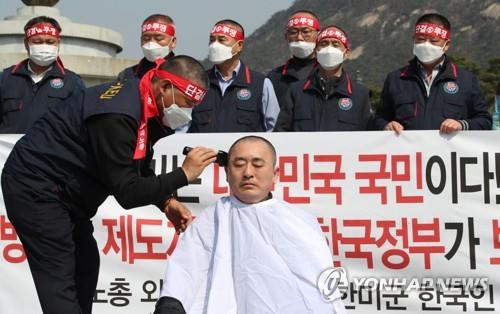 Later in the day, USFK uploaded a video statement by Abrams on its Facebook page in support of the agreement that ends the partial furlough, saying the USFK expects the full workforce to return by June 15.