With a megadeal from the Middle Eastern country in the bag, the three shipbuilding behemoths are now setting their sights on future orders from Russia and Mozambique.

Russia's state-run gas producer Novatek has been carrying out the so-called Arctic LNG-2 project under which it will place orders for an additional 10 icebreaking LNG carriers on top of its original 15 vessels. 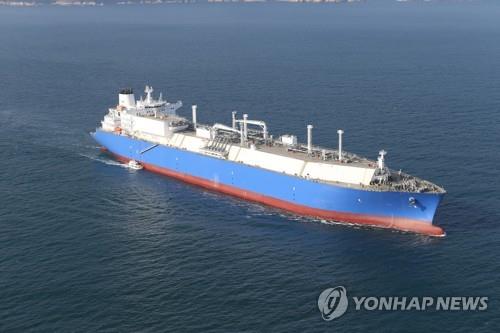 Samsung Heavy Industries is reportedly pinning high hopes on the remaining 10 orders under Novatek's original plan as it has joined forces with Russian shipbuilder Zvezda for the LNG project.

DSME and China's Hudong-Zhonghua Shipbuilding Co. are widely expected to win orders for the additional 10 LNG carriers -- five ships each.

In 2014, DSME obtained a mammoth deal to build 15 icebreaking LNG vessels for the development of a gas field on the Yamal Peninsula in western Siberia.

"Novatek is likely to place orders for the 10 LNG carriers during the third quarter of the year," an industry insider said. "DSME is better positioned, given its past experience."

Watchers also said Mozambique is highly likely to place orders to build 16 LNG vessels for its LNG project late this year or in early 2021.

The forecast comes as the Export-Import Bank of the United States has recently raised its support for the project, led by French oil and gas titan Total S.A., to $6.5 billion.

The megadeal from Qatar and hopes for more orders come amid a bleak outlook for local shipbuilders in the second half of the year due to the coronavirus pandemic and low oil prices.

Some analysts claim it is still too early to say that the shipbuilding industry is enjoying a turnaround from sluggish business last year due to a Sino-U.S. trade war and other negative factors.
(END)