SEOUL, June 3 (Yonhap) -- South Korean businesses suffered a heavy setback in their profits last year due to a sharp decline in sales partly caused by a prolonged trade dispute between the United States and China, central bank data showed Wednesday.

The combined sales of South Korean firms dipped 1 percent from a year earlier in 2019, marking a turnaround from a 4.2 percent on-year increase the year before, according to preliminary data from the Bank of Korea (BOK). 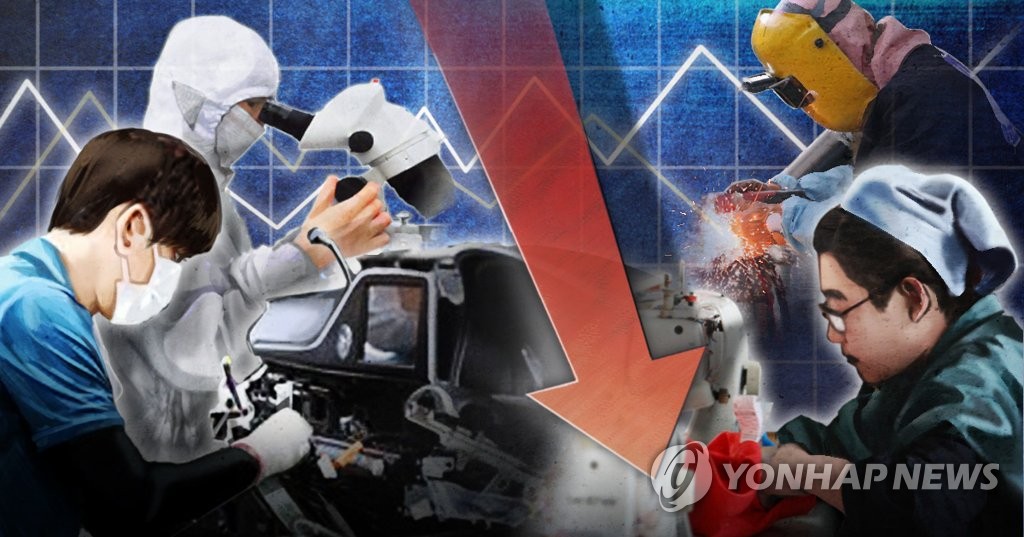 The sharp drop in sales is apparently attributed to a cut in exports amid the yearlong trade row between the world's two largest economies that are also South Korea's largest trading partners.

South Korea's exports had dropped for 14 consecutive months since December 2018 before rebounding 4.5 percent on-year in February, one month after Washington and Beijing signed an initial trade deal to put their dispute on pause.

"Sales of carmakers and shipbuilders increased, but those of refineries and chemical makers turned to negative growth, while most non-manufacturing sectors saw their sales turn negative," the BOK said.

Amid reduced sales, the local firms' profitability sharply fell from a year earlier.

The operating profit of the companies came to an average 4.7 percent of their sales in 2019, compared with 6.9 percent in 2018, with their net profit also slipping to 4.0 percent from 6.4 percent over the cited period.

Consequently, the firms' financial stability deteriorated, with their average debt-to-equity ratio rising to 95.4 percent from 93.1 percent a year before, according to the BOK.

The preliminary figures are based on a review of 25,874 local companies, including 11,281 manufacturing firms, that are subject to external audits. A more comprehensive report, involving some 670,000 firms, is due later in the year, according to the BOK.

Korean companies' revenue, profitability down in 2019

Korean companies' revenue, profitability down in 2019