On Monday, the government launched a weeklong test into QR code entry logs at 17 facilities in Seoul, Incheon and Daejeon ahead of expanding the policy across the country next week.

The test beds include "high-risk" facilities -- such as karaoke facilities and bars -- as well as churches, libraries, restaurants and a hospital. Twelve of the facilities are based in Daejeon, 164 kilometers south of the capital.

Under the plan, visitors to the facilities have to get a one-time QR code via smartphone apps and submit it to the venue before entering. The venue manager then scans the code and includes it in a digital customer register. 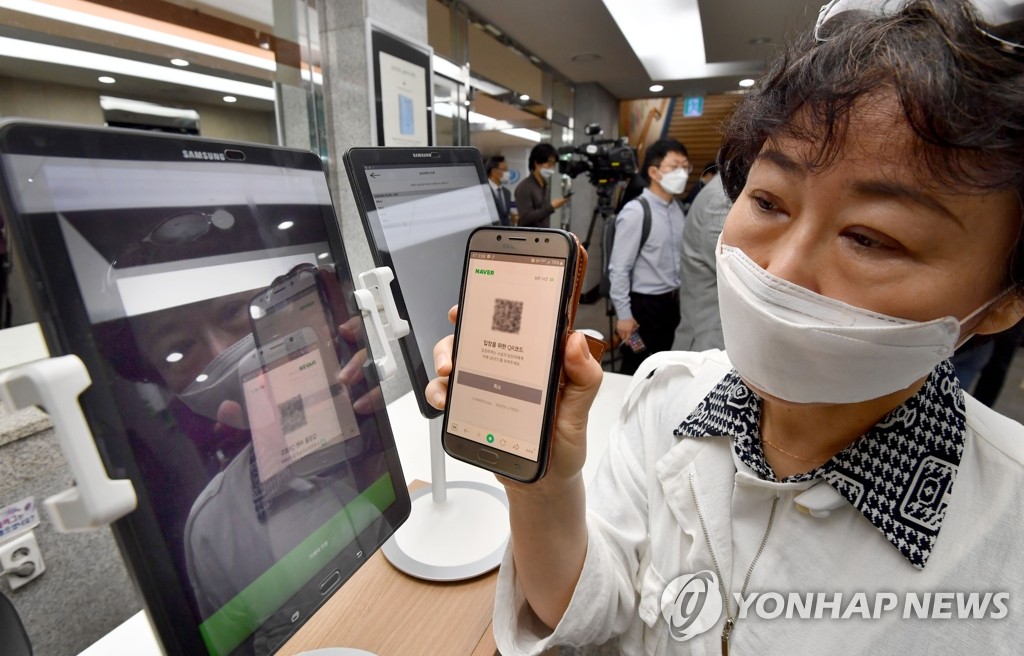 While business owners and visitors mostly acknowledged the purpose of the antivirus technology, some voiced concern over its feasibility and privacy issues.

One employee at a Daejeon nightclub said that some visitors prefer the old way of writing down their names and phone numbers, adding that "it takes some time to explain the procedure and wait for the authentication to be completed."

At a Daejeon library that started running the pilot program on Tuesday, less than half of visitors opted to use the QR code registration as of 1 p.m.

Some of the older visitors were not accustomed to getting the one-time QR codes, while some appeared negative about leaving their itineraries online.

"I feel that (my record) will remain somewhere (online) in the form of a digital document," said one user, who opted to fill out a written registry.

A karaoke owner in Seoul also appeared to be doubtful about asking drunk customers to follow the procedure.

"Many office workers come here after getting drinks at company dinners. I'm bit a bit worried about whether they will follow (the process) well," the 69-year-old surnamed Ahn said.

Ahn, however, also voiced hope that the system would eventually help boost sales.

"Monthly sales have more than halved from a year earlier after the new coronavirus pandemic broke out ... I'm hoping that taking part in the pilot program will somehow help increase sales." 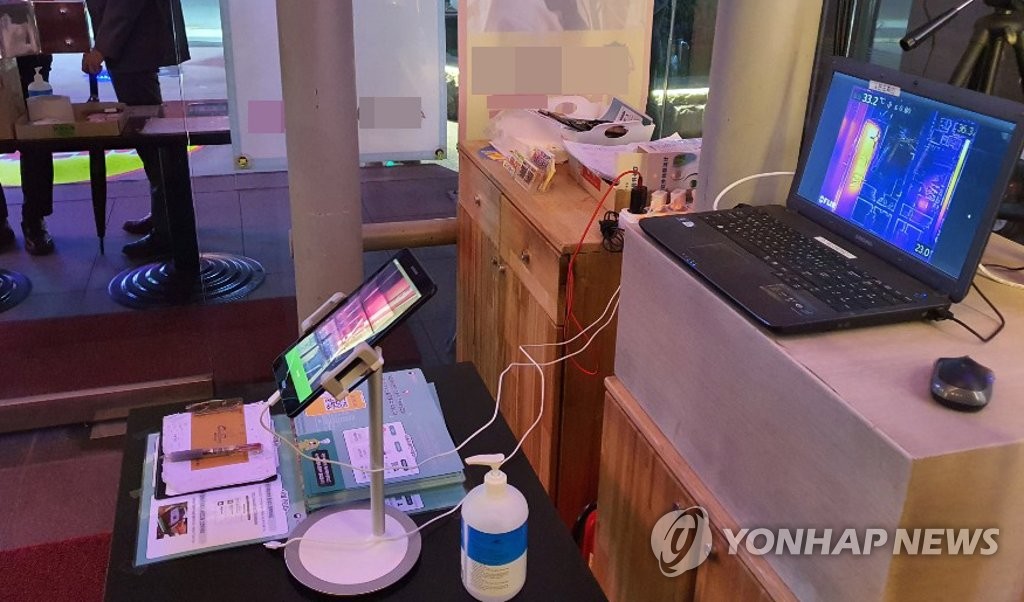 Religious facilities, such as churches and temples, as well as movie theaters can choose between the digital system and the traditional written entry logs.

QR code registration has emerged as a tool to better track and contains possible infections after a cluster infection at nightclubs in Seoul highlighted lapses in the traditional entry log that relies on pen, paper and integrity.

Thousands of names on the entry logs turned out be inaccurate, prompting health authorities and city officials to scour through closed-circuit television footage, mobile access records and credit card transactions to identify visitors who were not reachable.