The two-wheeled vehicle has gained popularity among youth due to speed and convenience, especially during the COVID-19 outbreak as people shun public transport for fear of infection.

The Seoul Metropolitan Fire and Disaster Headquarters said the number of electric kickboard accidents increased 105 percent on-year to 117 in 2019. There were 57 cases in 2018 and 73 in 2017.

Of the 247 electric kickboard accidents over the past three years, 63 cases, or 25.5 percent, involved crashes with automobiles.

Fire accounted for 17 percent, or 42 cases, mostly caused by battery explosions, the agency said. It advised users to charge the vehicle in the open air. 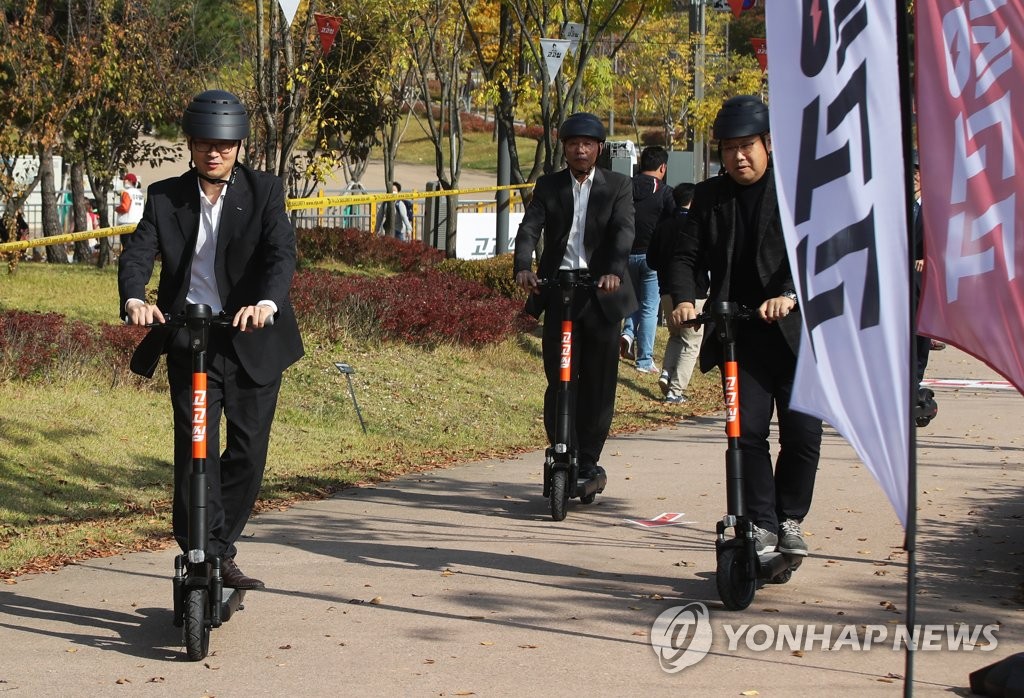