Kang's call with Japanese Foreign Minister Toshimitsu Motegi came a day after Seoul decided to take the issue to the World Trade Organization (WTO). She expressed "deep regret" that Japan refuses to lift the curbs even after Seoul resolved all issues cited by Japan as reasons for the restrictions, her office said.

On Tuesday, South Korea's trade ministry said it will resume the dispute settlement proceedings with the WTO over the export curbs Tokyo imposed last July on three of its key display materials seen as intended at hurting Korea's tech industry.

Seoul hit back at Tokyo by filing a complaint to the WTO over the export curbs but suspended the move as the two sides agreed to resolve the row through diplomacy.

Seoul had also requested Tokyo provide its clear stance about the export curbs by the end of last month. Japan has given no response.

Besides the trade row, the two diplomats discussed pending issues of mutual concern, including the coronavirus pandemic, her ministry added.

They took note of recent cooperation between the two governments in helping each other's citizens who had been stranded overseas to fly back home safely, and agreed that such cooperation should continue to that end.

Kang and Motegi also exchanged assessments on the latest situation on North Korea, according to the ministry. 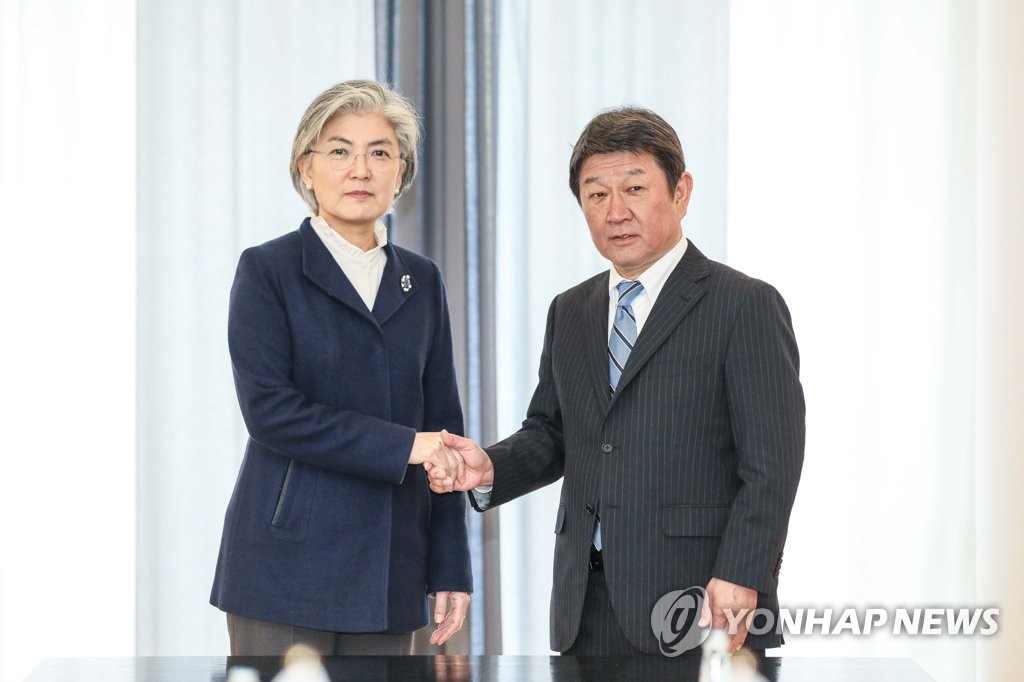