SEOUL/WASHINGTON, June 3 (Yonhap) -- Foreign Minister Kang Kyung-wha called Wednesday for countries to keep up cooperation in maintaining "openness" by allowing essential trips by businesspeople and humanitarian workers, despite the new coronavirus, during a six-nation video conference.

During the session with her counterparts from five countries, Kang also pledged that South Korea will "constructively" contribute to international discussions on enhancing international health-care governance, the foreign ministry said.

The session, the second of its kind, involved top diplomats from the United States, Australia, Brazil, India and Israel -- Mike Pompeo, Maris Payne, Ernesto Henrique Fraga Araújo, Subrahmanyam Jaishankar, and Gabi Ashkenazi, respectively. It was proposed by the U.S.

"Minister Kang said South Korea has effectively contained COVID-19 while keeping its borders open, and it has made diplomatic efforts to ensure that essential workers can move for economic and humanitarian purposes despite each country's border closures," the ministry said in a press release.

"Kang proposed continued cooperation among nations to maintain such openness," it added.

The minister also voiced hope that countries will share their experiences in implementing economic and fiscal policy measures as part of efforts to cope with the pandemic.

The participants shared the understanding that close communication and cooperation are vital in achieving the twin goals of containing the spread of the novel virus and normalizing economic and social activity, according to the ministry.

The U.S. State Department issued a similar statement after the call.

"Secretary Pompeo and his counterparts discussed the importance of continued close coordination in response to the COVID-19 pandemic," it said. "They noted the importance of close cooperation in reopening our economies and combatting disinformation, while also addressing the need for concerted efforts to prevent future pandemics." 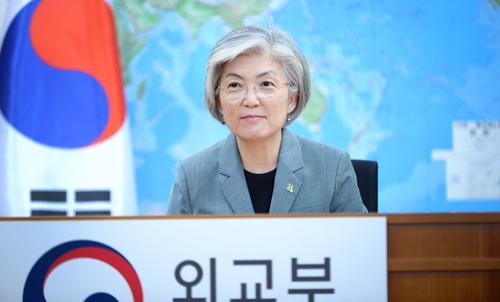