WASHINGTON, June 3 (Yonhap) -- South Korea's ambassador to the United States said Wednesday that he believes his country is now in a position to "choose" between the U.S. and China amid their intensifying rivalry.

U.S.-China tensions have flared over accountability for the coronavirus pandemic and Beijing's move to crack down on civil liberties in Hong Kong.

There are concerns that Seoul, an ally of Washington and a strategic partner of Beijing, may face pressure to rally behind either side. 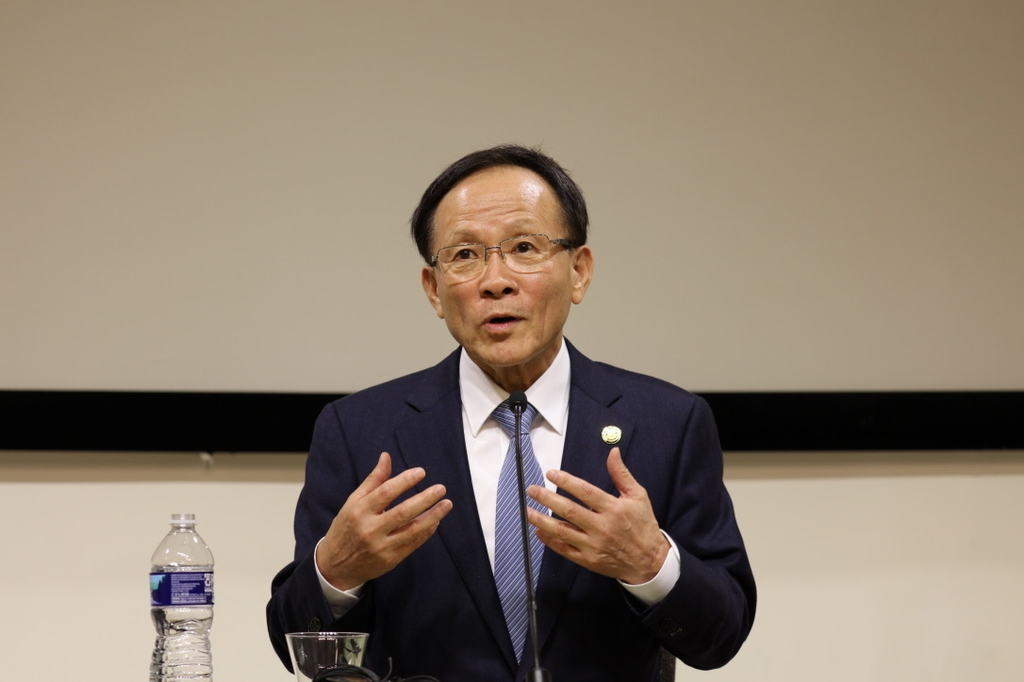 "It's clear that in the new international order of the post-corona era, the U.S.-China rivalry will hold a significant place," Amb. Lee Soo-hyuck said in a virtual press conference with South Korean reporters.

"I feel pride that we are now a country that can choose (between the U.S. and China), not be forced to choose," he said, citing South Korea's enhanced global stature, especially in the wake of its widely praised response to the pandemic.

"I don't believe we need to trap ourselves in the self-prophetic mindset that we will end up in a situation where we have to choose between the two," Lee added.

"As we did in our response to the coronavirus, if we wisely resolve various issues in line with our national interests -- based on democracy, civic participation, human rights and openness -- I believe we will be able to increase our diplomatic space in major international issues," he said.

U.S. President Donald Trump's invitation of South Korea to an expanded Group of Seven summit in the fall is a case in point, according to the ambassador.

"It reflects the changing paradigm in the world order," he said. "If a G11 or G12 summit is realized, it will become an important turning point for a new order in the post-corona era."

And South Korea has effectively received an invitation to take part in forming and managing that new world order, he added.

Meanwhile, Trump's announcement that he plans to invite South Korea, Australia, India and Russia to the G7 appeared to have come as a surprise to the White House and the State Department, Lee said, citing his phone calls with officials there.

The ambassador also sought to ease concerns that the coronavirus response has reduced U.S. interest in the Korean Peninsula or that the alliance has been hurt by negotiations over cost-sharing for the American troop presence in South Korea.

"Our two countries are continuing communication over burden-sharing and Korean Peninsula issues, and especially when it comes to North Korea or its nuclear program, South Korea and the U.S. are having meaningful discussions to ensure we can respond to any situation," he said.