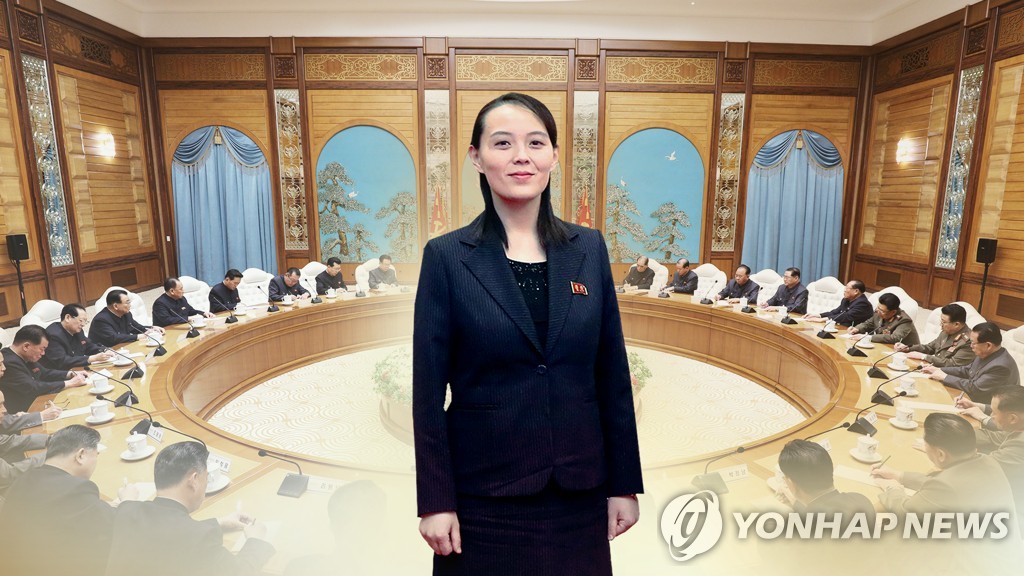 She pointed her finger directly at the anti-Pyongyang leaflets sent across the border earlier this week by a group of North Korean defectors. The leaflets, totaling about 500,000 and carried by baloons, criticized the North's leader for threatening to take "shocking actual action with a new strategic nuclear weapon."

The strongly worded statement came as inter-Korean relations have been stalled amid a stalemate in denuclearization talks between Pyongyang and Washington since the no-deal summit in February last year between the North's leader and U.S. President Donald Trump.