SEJONG, June 4 (Yonhap) -- South Korea will allow consumers to get foreign currencies via a no-contact delivery service if they change the Korean won into foreign currencies through a digital platform, Finance Minister Hong Nam-ki said Thursday.

The move is part of the government's efforts to ease regulations as it seeks to revive economic growth and promote contactless industrial sectors amid the coronavirus pandemic. 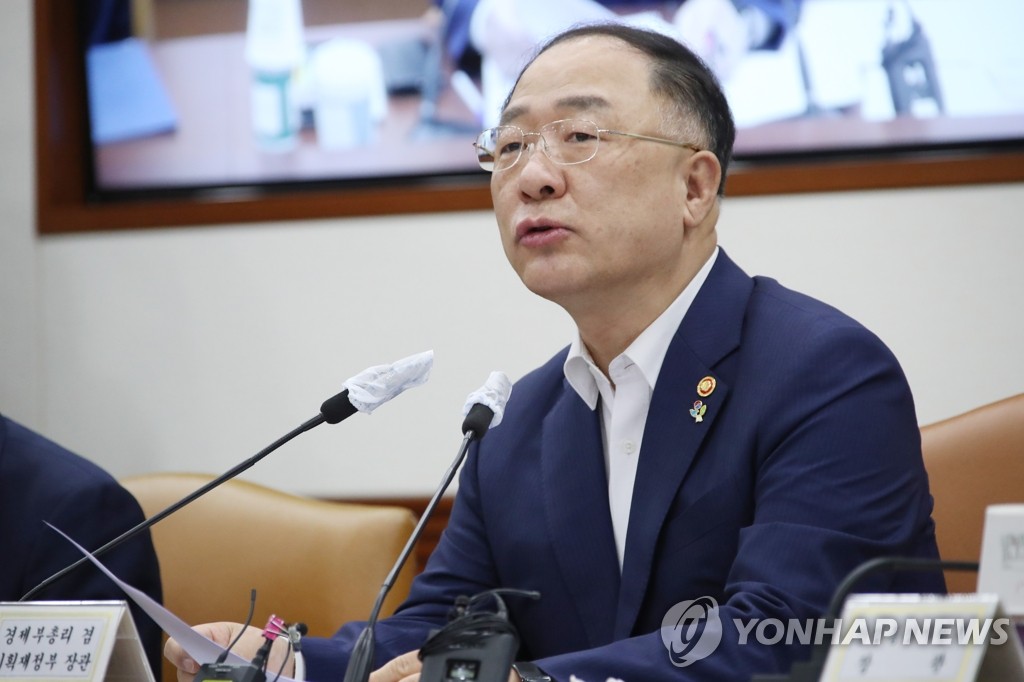 "In order to step up competition among suppliers of foreign exchange services, foreign exchange and money transfer services of brokerages and credit card firms will be expanded," Hong said.

The government aims to revise laws and ordinances by the end of September to ease such regulations, Hong said.

In another push to create a new growth engine, the government will review measures to commercialize urban air mobility services by 2025.

Cities around the world have studied ways to promote self-flying electric cars to reduce traffic congestion on the ground, but such cars are facing technological and regulatory hurdles.

Hong said the global market for urban mobility services is expected to reach 730 trillion won (US$608 billion) by 2040.

(LEAD) S. Korea to allow consumers to get foreign currencies via delivery service

(LEAD) S. Korea to allow consumers to get foreign currencies via delivery service