With the Dinos having jumped out to the best record in the Korea Baseball Organization (KBO) at 19-6, Na feels fans in Changwon, 400 kilometers southeast of Seoul, are missing out. 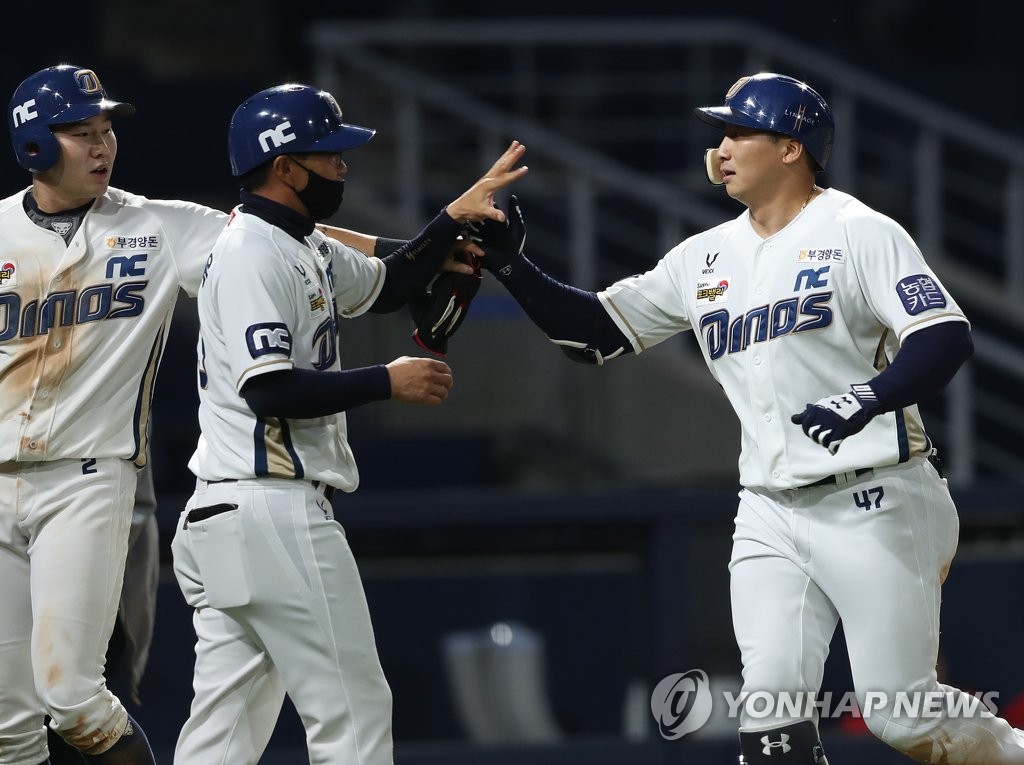 "It'd be great if fans were here to watch us win games," Na said Wednesday after helping the Dinos to an 8-6 win over the SK Wyverns at Changwon NC Park. The Dinos boast the best home record in the KBO at 10-3.

"It's a shame that we don't have fans while we're in first place," Na added.

Because of the coronavirus pandemic, the start of the KBO season was delayed by more than a month to May 5. It began without fans, and the league's hope of having them back in early June was dashed by a recent spike in COVID-19 cases in Seoul and surrounding regions. The government has implemented a tougher social distancing campaign in those areas through June 14, and talks of bringing fans back into KBO games have been shelved until then.

Counting intrasquad games and preseason games, KBO teams have been playing without fans for about three months.

"I used to feed off the energy of the crowd, and fans would get my adrenaline pumping," Na said. "When I am in the batter's box now, I am only hearing my teammates yelling from the dugout. It took some getting used to. At least we have our cheering squad making some noise."

Considering the way Na has been swinging the bat this year, it does not seem as though he has needed any extra adrenaline rush.

Na is tied for second in the KBO with eight home runs and is joined by two other players at the top with 23 runs scored. He is fourth in on-base plus slugging percentage (OPS) with 1.043.

By team home runs, OPS and runs scored, the Dinos have been the best in the KBO.

In Wednesday's victory, Na went 3-for-4 with a home run, two RBIs and two runs scored. He fell a triple shy of hitting for the cycle. 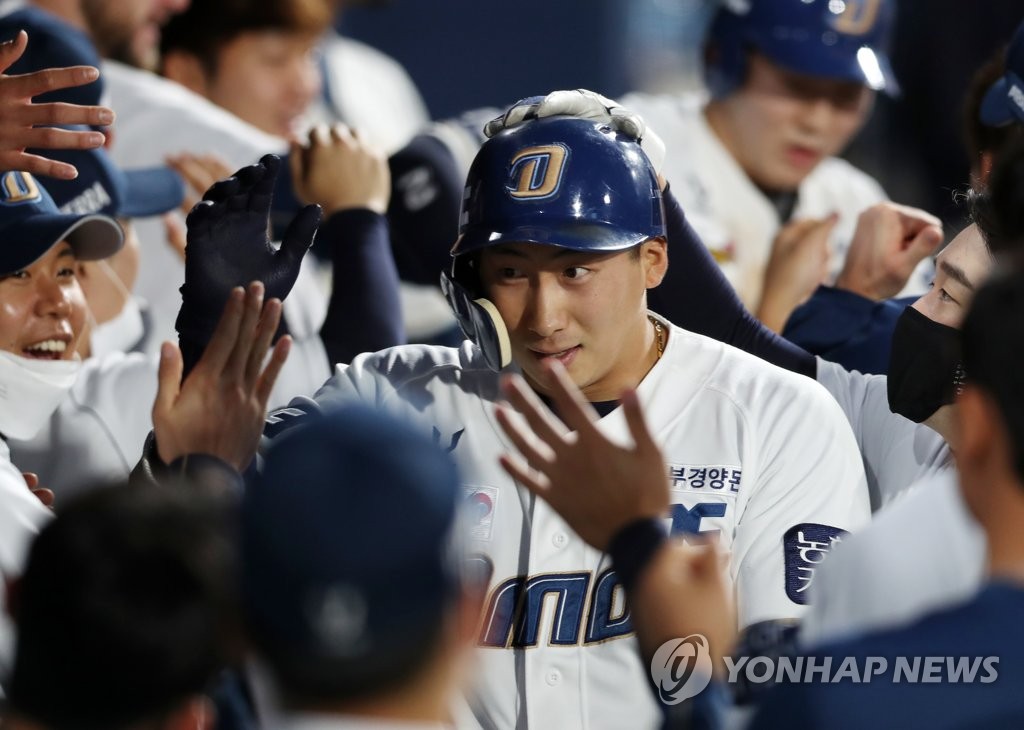 Na went double-single-home run-walk in his first four plate appearances. Na admitted that he was thinking about the cycle when he went up for the fifth time in the bottom eighth, but he struck out.

The 30-year-old suffered a devastating right knee injury while sliding into third base in May last year, and he went on to miss the rest of 2019. Having started all 25 games so far, Na has already surpassed last year's total of 23 games.

The Dinos still squeezed into the postseason without Na last year, and with the slugger back in the lineup and batting third, they are a different team.

The career outfielder has been almost exclusively the designated hitter this season, having made only two starts in right field. Na said he is constantly worried about getting hurt again.

"It's been over a year, so things have gotten better. But I still play every day. I could get hurt again at any moment," Na said. "I still have some weird feelings in my knee. I am waiting for the day when those sensations will be gone."

While he was sidelined, talent never left Na, a good bet to deliver over 20 home runs and close to 100 RBIs in any healthy season. Still, few could have predicted he would come right out of the gate swinging like this.