SEOUL, June 4 (Yonhap) -- A local court has embarked on a process to effectuate its ruling on seizing assets of a Japanese firm involved in wartime forced labor as the country's government failed to deliver it.

In 2018, South Korea's Supreme Court ordered Nippon Steel & Sumitomo Metal to pay compensation to four South Koreans for their forced labor and unpaid work during the war. Korea was under Japan's colonization at that time.

The firm refused to comply with the ruling and the plaintiffs requested an asset seizure, which was approved by the court in Pohang.

The delivery of public notice will go into effect Aug. 4. It is a legal procedure where a court ruling is considered to have been delivered to a defendant who fails to respond either purposely or with invalid address.

Japan's foreign ministry received the legal document on the ruling, but it failed to act further. 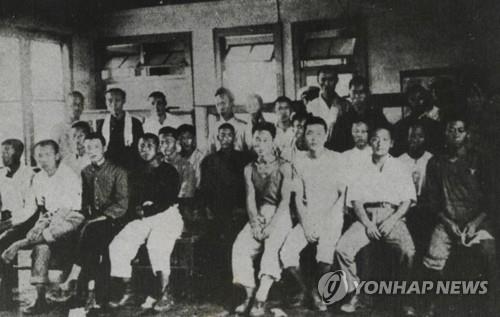