Daegu FC, Busan IPark, Incheon United and Gwangju FC occupy the last four places in the 12-team table. In addition to zeroes in the win column, these four are also united by their lack of firepower.

Daegu and Busan have managed just two goals, while Incheon and Gwangju have found the back of the net just once each. 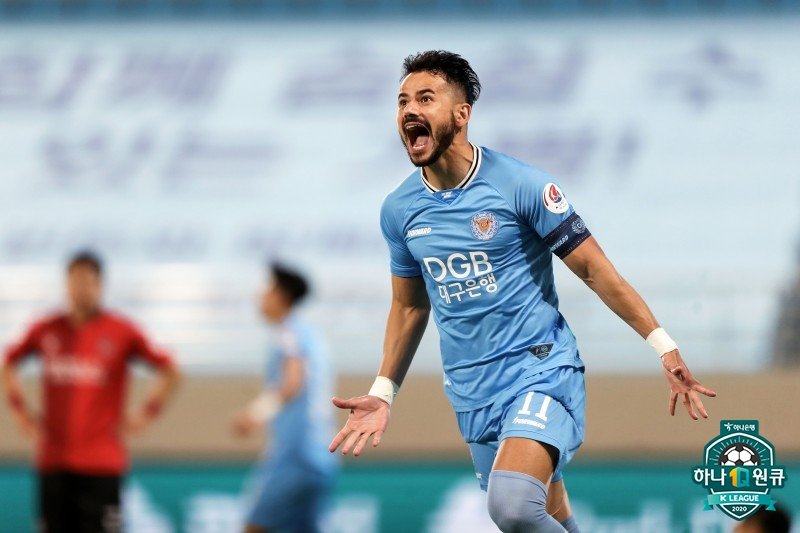 At the other end, Busan, Incheon and Gwangju have each conceded five goals, while Daegu have given up four.

There is far less margin for error in this truncated, 27-match season. A normal K League 1 season features 38 matches, with teams playing 33 matches first and then getting split into two tiers, Final A and Final B, where they play five more matches within their group.

With the coronavirus pandemic pushing back the start of this season by more than two months, teams will play 22 matches before getting divided into Final A and Final B. The worst team in Final B will be automatically relegated to the K League 2 for 2021, while the second-to-last club will face a K League 2 playoff winner in the promotion-relegation playoff.

The four winless clubs this year have already dug themselves into a hole, with just 18 matches to go before the split phase begins.

Incheon, with two draws and two losses, will get the first crack at a win with a Friday evening match against Gangwon FC. 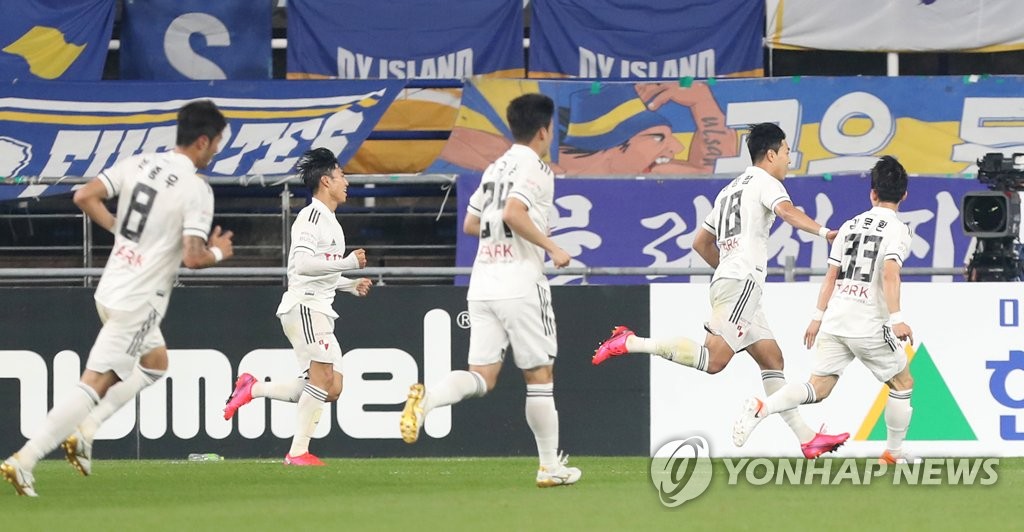 Incheon will desperately need Stefan Mugosa, their leading scorer last season with 14 goals, to get on the scoresheet. Two other key members, defensive back Gordan Bunoza and forward Lanre Kehinde, are sidelined with injuries. The already-thin Incheon defense will face a stern test against one of the K League's most aggressive clubs.

Busan (two draws and two losses) will take on Sangju Sangmu at 7 p.m. Saturday. Sangju are riding a three-match undefeated streak with two wins and a draw, but Busan, too, have rebounded after two straight losses to open the season. Over the past two weeks, they held the heavily favored Ulsan Hyundai FC to a 1-1 draw, and then managed a scoreless draw against Suwon Samsung Bluewings.

At 7 p.m. Sunday, Daegu (three draws and a loss) will face Seongnam FC, and Gwangju (one draw and three losses) will play Suwon.

With two wins and two draws, Seongnam are one of only two undefeated clubs this season, and they have given up a league-low one goal so far. 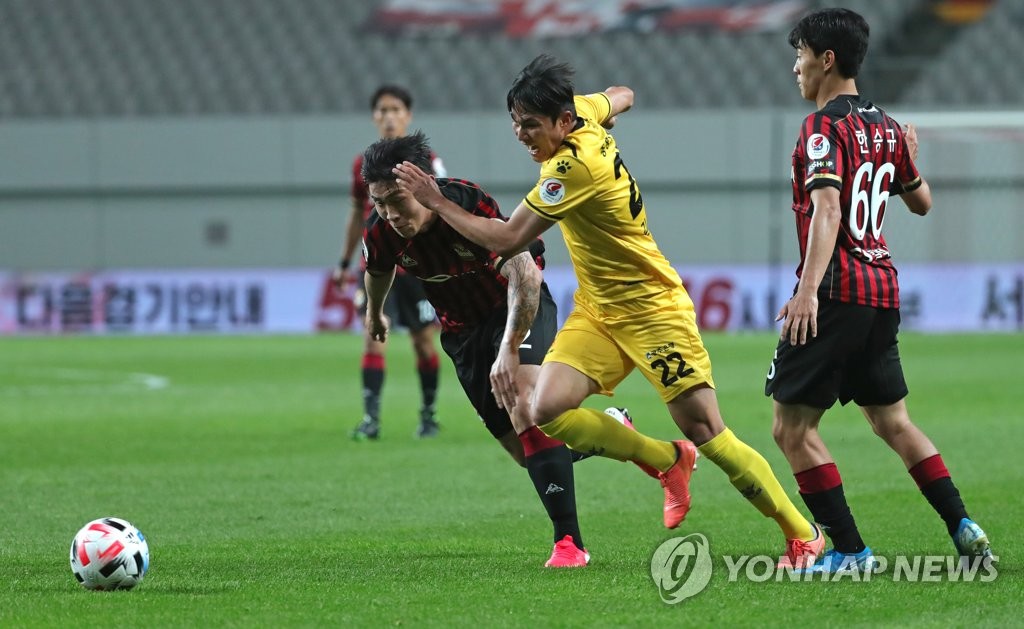 Cesinha and Edgar, Daegu's dynamic attacking duo from last year, must find their groove again. They had 15 and 11 goals in 2019 but have just one goal apiece so far in 2020.

At least those two Brazilian forwards are on the board. Gwangju's Brazilian attacker, Felipe, is without a goal this year, after leading the K League 2 with 19 goals in 2019.

If it is any consolation, Suwon are probably the weakest opponent so far this season for Gwangju, who have battled Seongnam, FC Seoul, Sangju and Ulsan.

"I think we're finding our identity with each passing week, and the team morale is great," Gwangju head coach Park Jin-sup said. "It won't be an easy away match, but we'll prepare the best we can for a win."