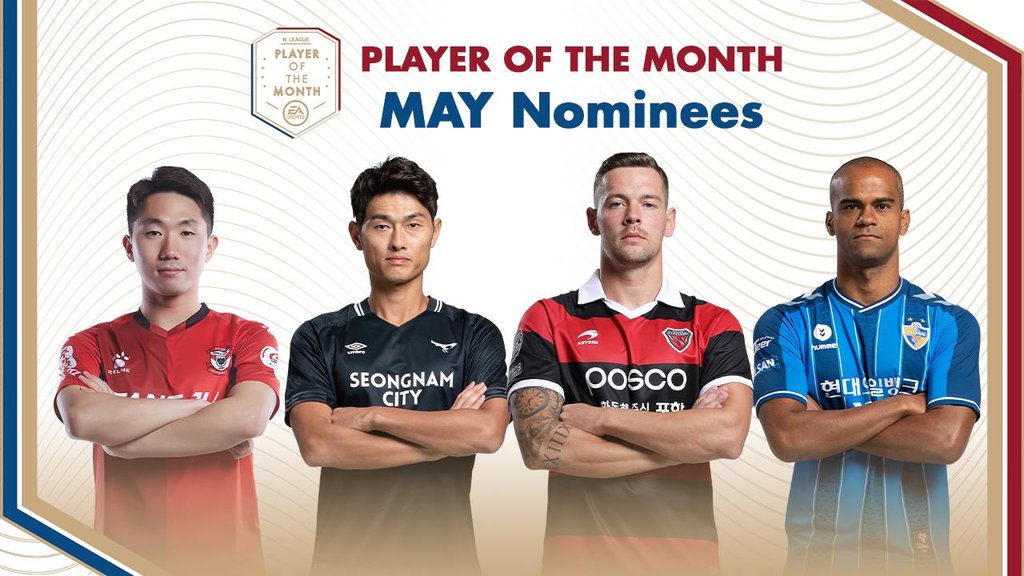 The winner will be chosen based on votes by the K League's performance evaluation committee, (60 percent), fans (25 percent) and EA Sports' FIFA Online 4 video game players (15 percent). Voting will remain open from 10 a.m. Thursday to midnight Sunday for registered users at https://kleague.sports2i.com. There is a daily limit of one vote per username.

Junior leads all scorers with five goals in four matches, helping Ulsan lead the K League 1 with nine goals. Junior himself has outscored eight of the 12 clubs so far this season.

The winner will receive a trophy and also wear a patch on his uniform.