SEOUL, June 4 (Yonhap) -- The two South Korean films that made it to the 2020 lineup of the Cannes Film festival -- Yeon Sang-ho's "Peninsula" and Im Sang-soo's "Heaven: To The Land of Happiness" -- couldn't be farther apart from one another in terms of genre, production value and narrative focus.

Yet both are largely considered to be among the leading contenders at the box office for the second half of the year, potentially giving a much needed shot in the arm to the current film industry, which has virtually been wiped away during most of the first half due to the novel coronavirus.

The two films made the list of Cannes' 2020 Official Selection announced Wednesday (local time), among a list of a total of 56 movies. This year's event was originally slated for mid-May but was ultimately scrapped due to the COVID-19 situation. Organizers opted to only announce the official selection.

Starring Gang Dong-won and Lee Jung-hyun, "Peninsula," is an action block buster and the long-awaited sequel to Yeon's 2016 zombie film, "Train to Busan," which sold over 11 million tickets to become that year's top grossing film in South Korea. 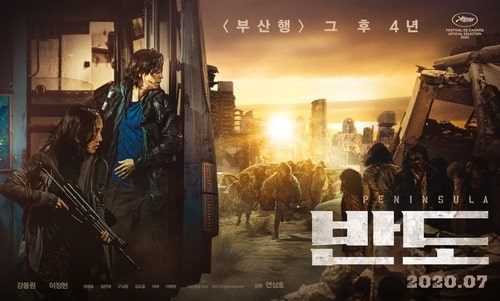 Gang's character this time battles with a much fiercer type of zombies, as well as a group of evil militia with zero human compassion.

"The thought of introducing 'Peninsula' at the world's leading film festival would be wishful thinking at the moment," Yeon said in a statement Thursday after the Cannes announcement.

Yeon added, "I hope that the global film industry can return to normal as soon as possible and wish one day to be part of the emotionally moving film festival again." 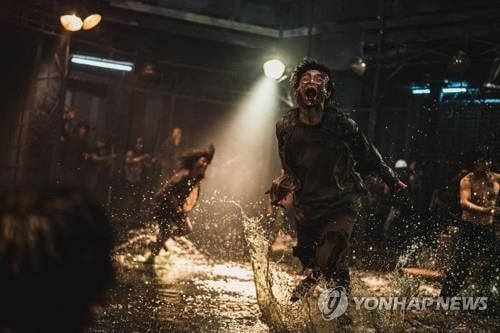 "Heaven" director Im is also no stranger to Cannes. having competed for the Palm d'Or with "The Housemaid" and "The Taste of Money" in 2010 and 2012, respectively. His 2005 film, "The President's Last Bang," was also screened at the Cannes Directors' Fortnight event that year.

The new film by the 58-year-old director is a drama-comedy of two men, played by seasoned actors Choi Min-sik of "Old Boy" and Park Hae-il of "The Host," who goes on a trip in search of happiness.

Wednesday's announcement from Cannes marks Choi's fourth shoutout from the festival. The veteran actor was featured in 2002's "Chi-hwa-seon" and "Oldboy" of 2004.

"Oldboy," directed by Park Chan-wook, went on to win the Grand Prix, the second-highest award, that year. He was also the lead in "Crying Fist," which was invited to Cannes the following year.

For Park Hae-il, "Heaven" marks his second Cannes-recognized film, after his role in Bong Joon-ho's 2006 monster flick, "The Host." "Heaven" is scheduled to be released later this year. 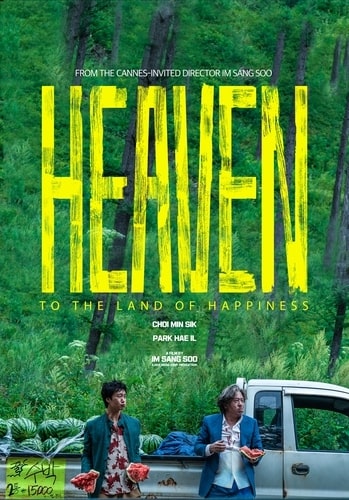