SEOUL, June 4 (Yonhap) -- Doosan Heavy Industries & Construction Co.'s push to reshape its business portfolio is stirring concerns over the feasibility of the overhaul plan whose centerpiece is reduction of its mainstay coal and nuclear power businesses and expansion of its clout in the renewable energy realm.

In return for 3.6 trillion won (US$2.95 billion) financial support from state-run banks, Doosan Heavy, the leading power equipment maker proposed a shake-up of its business structure to focus more on renewables.

Under the plan, Doosan Heavy will increase its presence in such areas as offshore wind power plants and energy storage systems, as well as making inroads into the tidal power, solar power and other energy sectors. 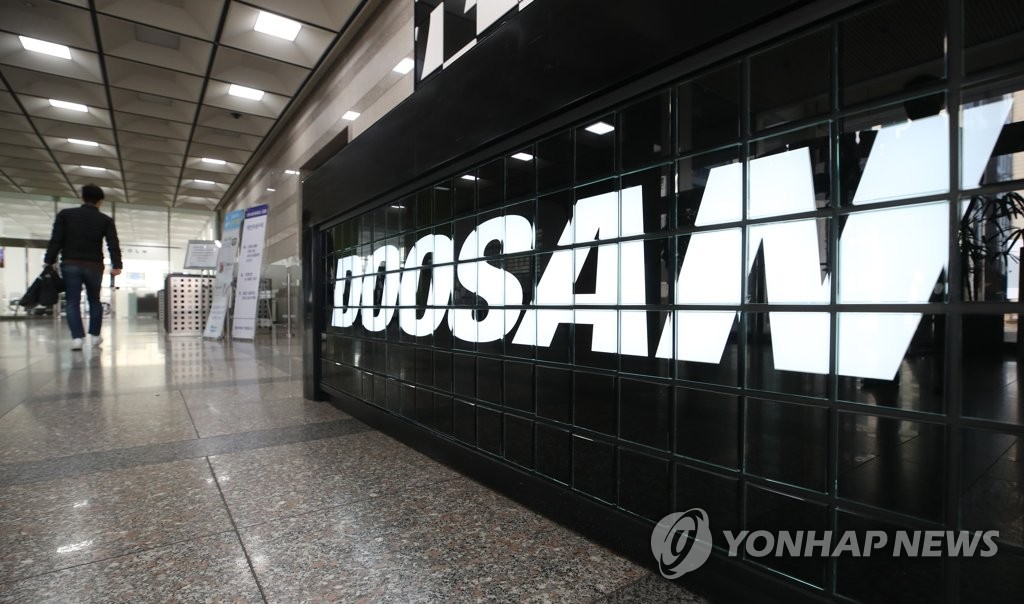 "The restructuring aims to step up renewable energy business that we have long pushed in step with the global energy trend and the government's energy plan," Doosan Heavy spokesman Lee Seung-jae said.

Doosan Heavy has been making efforts to bolster its business of gas turbine for LNG power plant since 2013, according to Lee.

Last year, Doosan Heavy independently developed a turbine for LNG power plants, making it the fifth company in the world to pull off the feat.

Doosan Heavy also has been enhancing its offshore wind power plant business and solar power plant operations since 2006, he said.

The proposed shake-up plan came at a time when its nuclear power plant business has been in an extended slump in sync with the Moon Jae-in administration's nuclear phase-out policy.

Since 2017, the Moon administration has preached a nuclear power phase-out policy that has led to the cancellation of plans to build six new nuclear power plants. 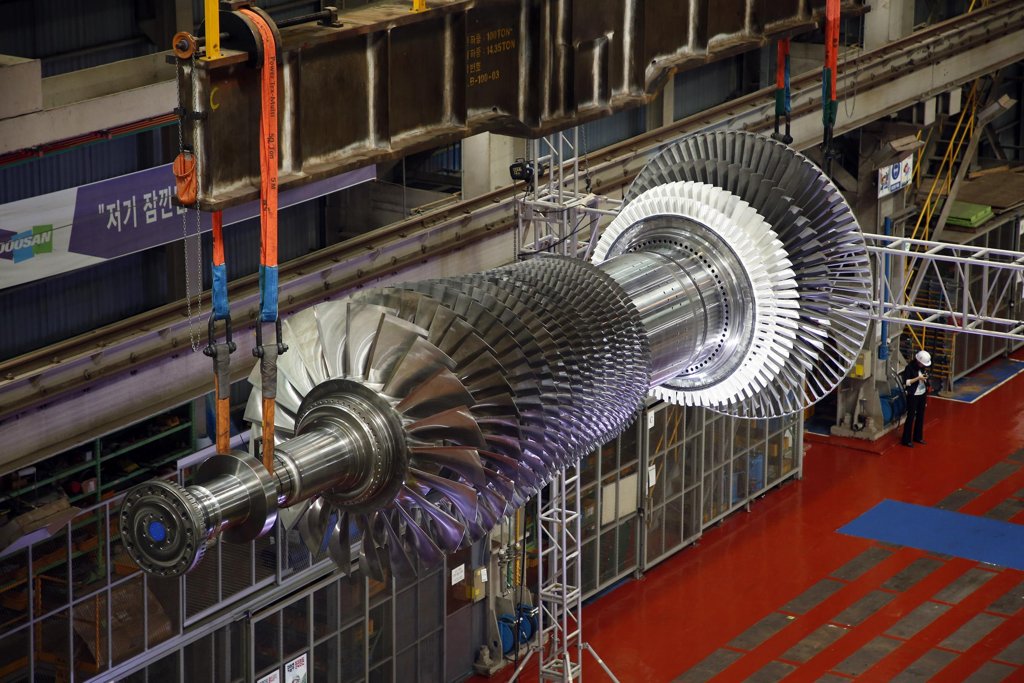 Market insiders claim that Doosan Heavy's shift toward the renewable energy sector may hurt its financial status as it may take a few years to succeed in the sector amid its reduced presence in the nuclear and coal power plant sector.

Creditors and Doosan Heavy are reportedly expected to gain profits from its reshaped business line after at least 3 years.

It is unclear whether Doosan Heavy could expand its presence in gas turbine market, where General Electric Co., Siemens AG. and Mitsubishi Hitachi Power Systems are competing.

Doosan Heavy's gas turbine technology is reported to be at levels slightly below its competitors, who have more experience in the field.

However, the business reorganization of Doosan Heavy is said to be a well-timed decision as the overall size of the global coal-fired power plant market has been contracting after the Paris climate change conference 2015 aimed at reducing global greenhouse gas emissions.

As sales in the nuclear power plant sector account for about 10 percent of its whole business, the business shake-up would have limited impact on Doosan Heavy's financial status.