TAEAN, South Korea, June 4 (Yonhap) -- A rubber boat and two life jackets were found on a beach in the country's western coast on Thursday, raising suspicion over another illegal entry attempt in the area.

Coast Guard in the seaside county of Taean, South Chungcheong Province, said they are looking into the case after a local resident reported seeing the rubber boat for five to six days at an unused seawall.

Found inside the 40 hp engine-powered rubber boat were three 1-liter bottles of fuel, a set of tools, including plyers and a plastic bread wrapper, according to officials.

The rubber boat was found roughly 15 kilometers away from another beach in Taean, where a group of eight people from China entered illegally on a leisure boat last month.

The group left Weihai, a port city in the easternmost Chinese province of Shandong, on May 20 and crossed the Yellow Sea to reach South Korea.

The local coast guard has arrested four of the eight Chinese who allegedly came here to look for work. Officials have also apprehended a 45-year-old Chinese national, who had been illegally staying in South Korea, on charges of assisting them.

The coast guard and military have launched a joint probe into the case on possibilities of an illegal entry or pro-North Korean activities. 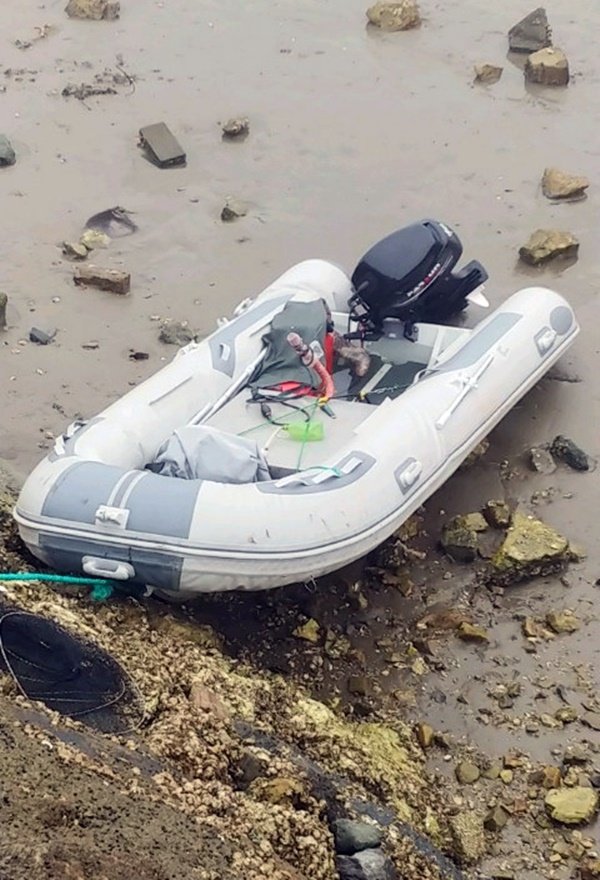