SEOUL, June 4 (Yonhap) -- Before he became the manager of the Samsung Lions last fall, Huh Sam-young was the top data analyst for the Korea Baseball Organization (KBO) club.

But when discussing his club's recent upswing against tough competition on Thursday, Huh didn't refer to any advanced statistics. Instead, he spoke about intangibles in the dugout, precisely the type of things that data-oriented baseball minds love to hate because they can't be backed up by numbers.

"The atmosphere in the dugout has been great, and it's nice to see guys pull for one another," Huh said before the Lions took on the LG Twins at Jamsil Baseball Stadium in Seoul. The Lions won two out of three against the top-ranked NC Dinos on the weekend and then beat the Twins twice over the past two games here. The Lions are 12-14 for the season. 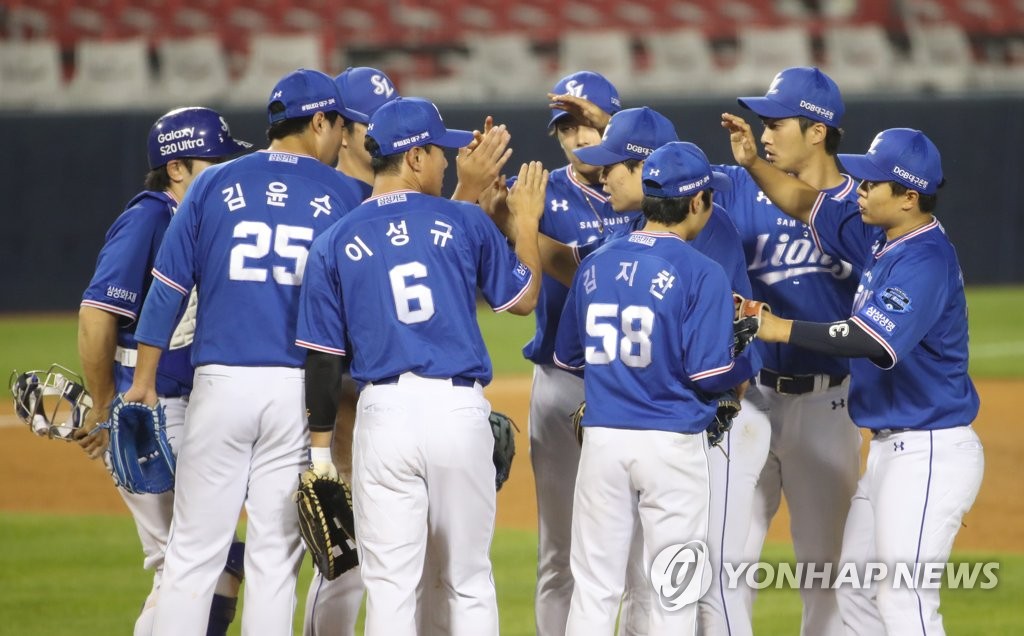 "Standing in that dugout, I feel like I have a very tight, cohesive team with me," Huh went on. "Kwon Oh-joon, our oldest player (at age 40), is at the center of it all. He's been our loudest cheerleader, and there's so much positive energy around our team now."

Of course, encouraging teammates from the bench can only go so far. The Lions have been getting some much-needed production from Tyler Saladino, a former big leaguer who started out batting a dismal .143 with one home run and two RBIs in his first 13 games. In 10 games since, Saladino has batted .417 with three homers and 13 RBIs. He's working on a seven-game hitting streak, and has recorded at least two hits in five straight games.

Huh said the biggest difference has been Saladino's eye at the plate.

"I think he's doing a much better job picking out pitches he can swing at and pitches he should lay off," the manager said. "He just needed some time to adjust to pitching here."

The Lions signed Saladino mostly for his defensive versatility, and any offensive production they can get from him is considered a bonus. He has appeared at first base, third base, shortstop and left field this season.

Huh said he would like to see some positional versatility from other players, too, so that he'll be able to rotate them around the field and give everyone occasional breathers.

"We've been playing well of late, but we'll eventually hit a bump at some point," Huh said. "I want to be able to use all of my 14 position players and help them conserve energy for the summer." 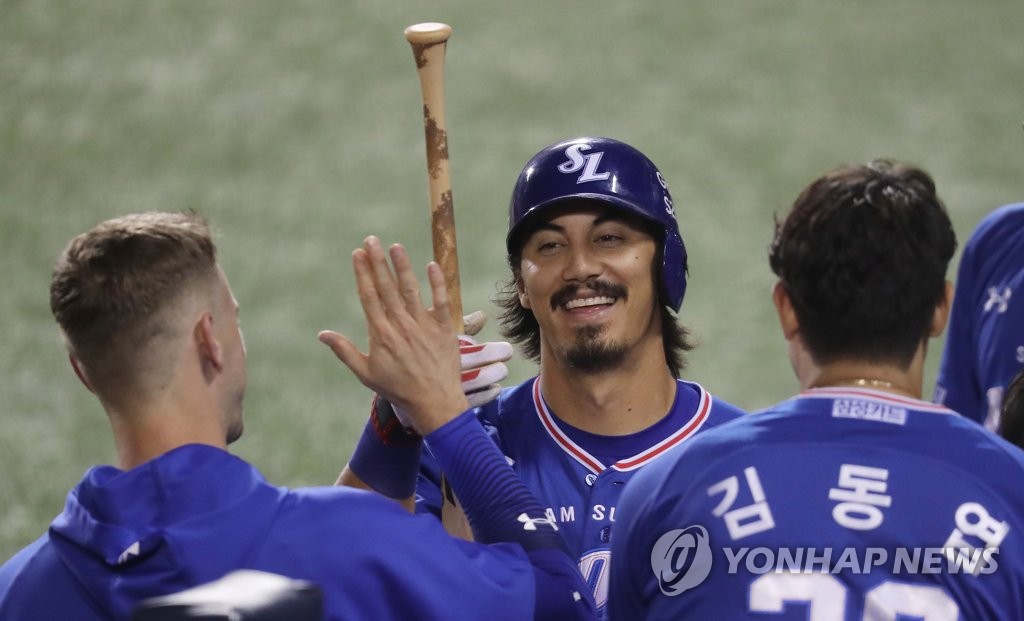 With his KBO club on upswing, data-driven manager praises intangibles

With his KBO club on upswing, data-driven manager praises intangibles