Every batter in the Twins' starting lineup had at least one hit at Jamsil Baseball Stadium in Seoul, with No. 8 hitter Yoo Kang-nam driving in four runs with two doubles and a two-run home run. Starter Jeong Chan-heon struck out a career-high 11 batters in seven shutout innings, and helped the Twins improve to 17-9.

Samsung starter Baek Jung-hyun gave up 11 runs in four innings but three of them were unearned, as the defense behind him failed him on multiple occasions. 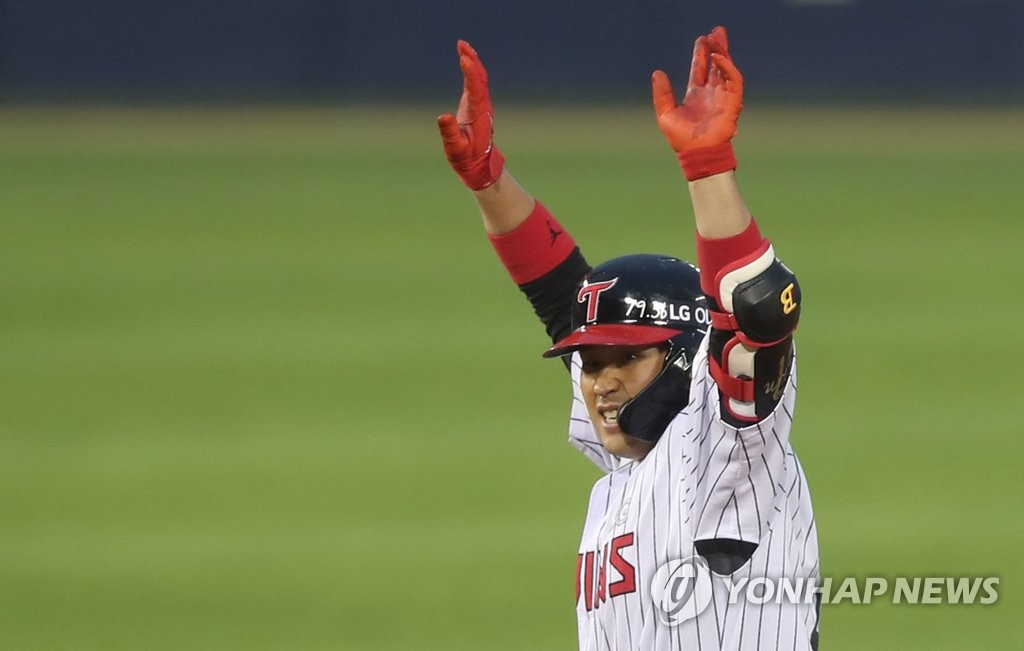 Things turned disastrous for the Lions' defense in the fourth. Kim Hyun-soo lifted a routine fly to shallow center but center fielder Park Seung-kyu, who appeared to have lost the ball in lights, let it drop in front of him for a hit. Third baseman Lee Won-seok was charged with an error when a hard grounder off the bat of Chae Eun-seong went off his right hand. Lee was taken out of the game with a bruised right thumb.

Then on a fly ball hit by Roberto Ramos, three Lions' defenders -- Park Seung-kyu, shortstop Lee Hak-ju and left fielder Park Chan-do -- completely missed the ball. Lee called for it in shallow center, but the ball dropped in front of Park Chan-do in left field. The single loaded the bases. 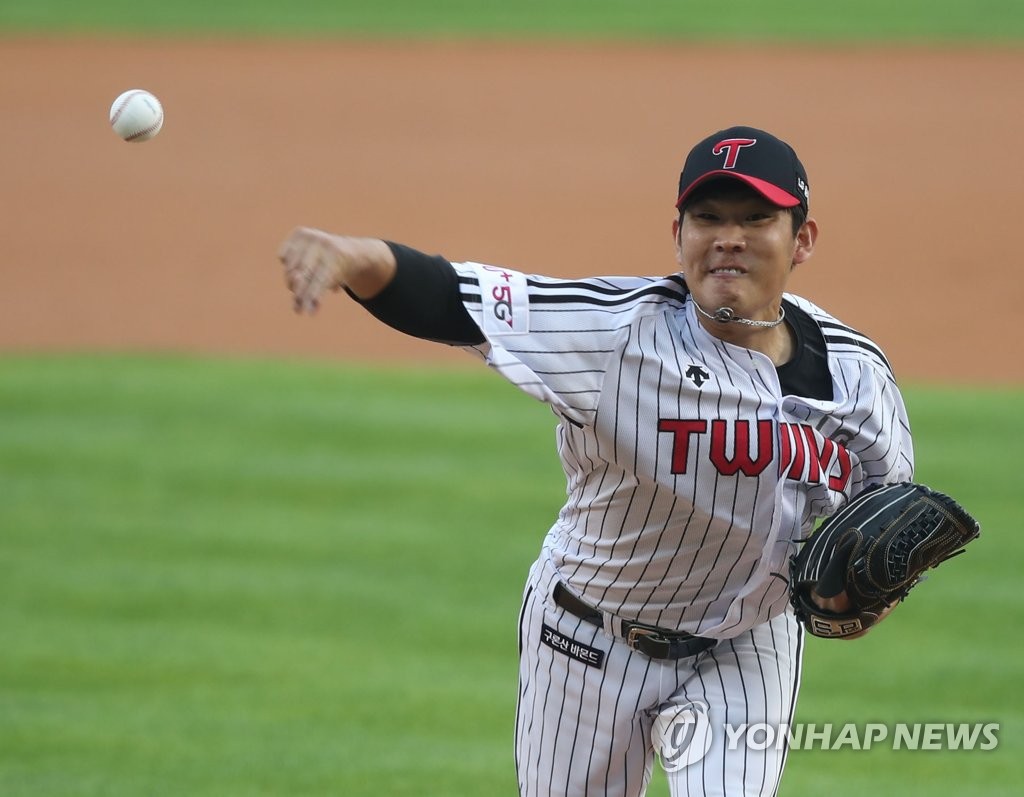 Kim Min-sung then cashed in two runs with a double to right. Right fielder Kim Hun-gon would have caught the ball with a better jump, but instead he let the ball skip past him to give the Twins an 8-0 lead.

Park Yong-taik made it 9-0 with his second sacrifice fly of the evening. Two batters later, Yoo blasted a two-run homer to left field for an 11-0 lead, all but putting the game out of the Lions' reach.

Jeong himself enjoyed a fine day on the mound, though it was overshadowed by his teammates' offensive explosion.

He struck out five of the first six hitters he faced, and surpassed his previous career high in strikeouts with his seventh K in the fifth inning. He added four more over the next two innings.

Jeong's only trouble came with two outs in the top third, when a double, a walk and a wild pitch put runners at second and third. Jeong got Park Chan-do to ground out to second to end that rally, and the Lions never put a man in scoring position against Jeong the rest of the game.

By winning his consecutive starts, Jeong improved to 2-1 for the season and lowered his ERA from 5.06 to 3.52. 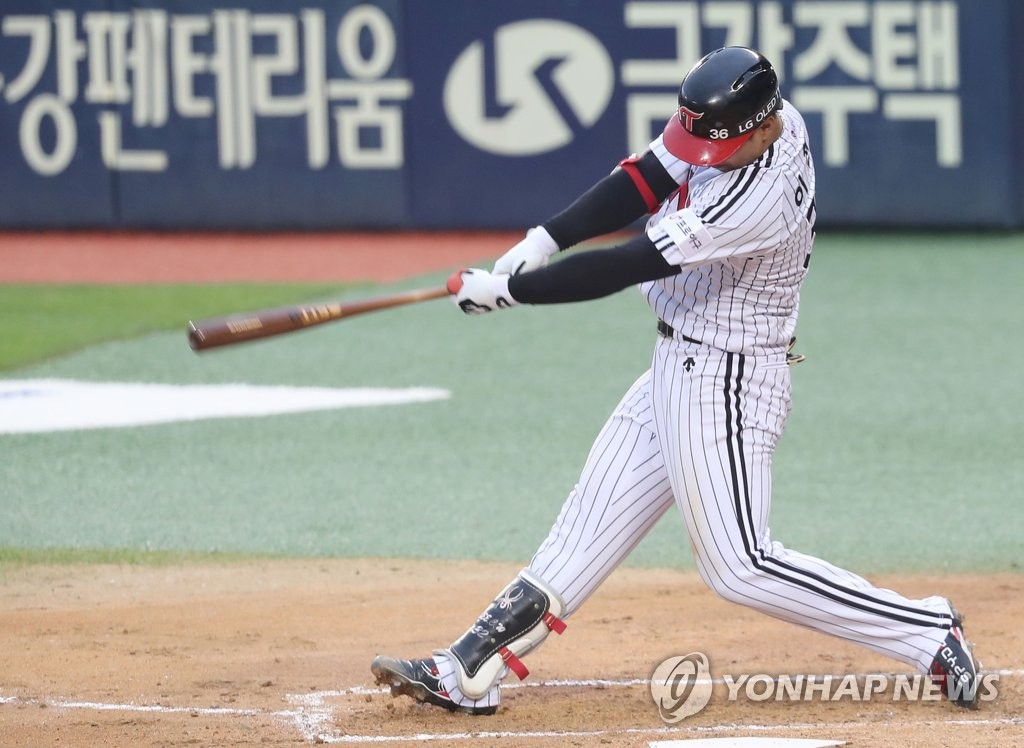