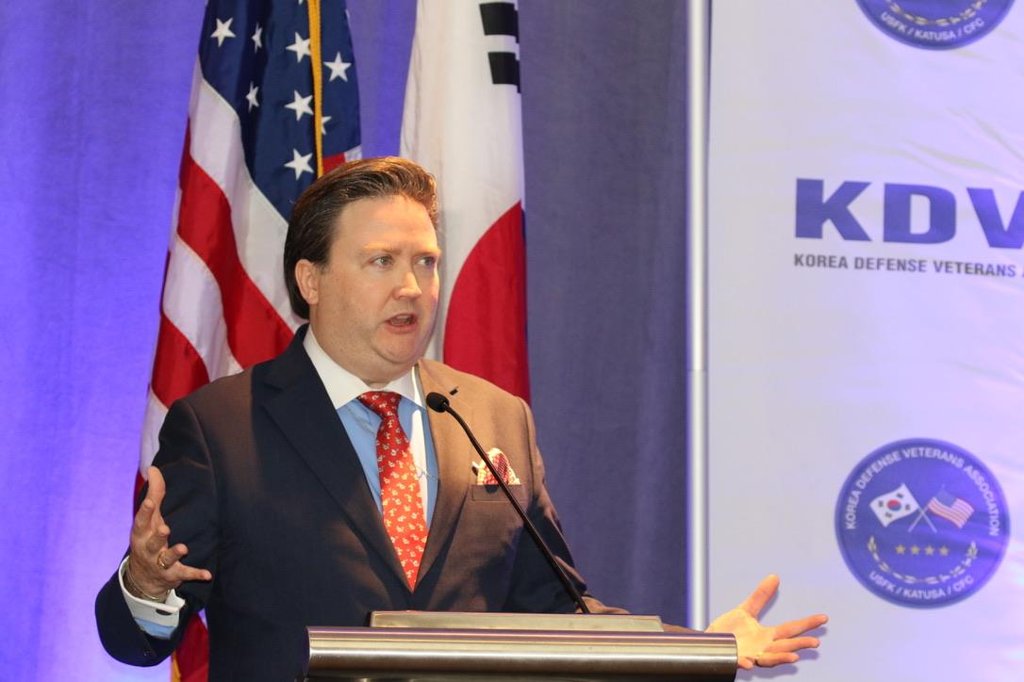 Knapper also touched on last week's controversial transport of military hardware to a U.S. missile defense base in South Korea.

Contrary to reports that it was aimed at reinforcing the unit, known as the Terminal High Altitude Area Defense system, Knapper said it was part of a routine upgrade.

"These systems require upgrades, just like your computer requires an upgrade every once in a while. So that was really it," he said.

Commenting on U.S. President Donald Trump's invitation of South Korea to a Group of Seven summit in the fall, which President Moon Jae-in promptly accepted, the official emphasized that nothing has been finalized in terms of South Korea becoming a member of the group.

"It's a discussion still under way here in terms of what this will look like," he said, noting that as the host country the U.S. has the prerogative to invite guests, as previous host countries have done.

"The only other thing I would say, though, is that expanding or changing the format or the membership permanently of the G7 requires consensus or unanimity among all the members," he added.

"The South Koreans came out with (what) I think was an unprecedented statement from them," Knapper said, citing the ministry's reference to the "one country, two systems" rubric ensuring Hong Kong's autonomy from China.

It was also "significant" that South Korea's statement came not long after it commemorated the 40th anniversary of the May 18 Democratization Movement in Gwangju, he said, "in recognition that South Korea enjoys the kind of democratic values that are under threat right now throughout the world and particularly in the region, and especially in Hong Kong."