YANGSAN, South Korea, June 5 (Yonhap) -- President Moon Jae-in plans to spend his retirement life in Yangsan, a rural city in the southeastern part of the country, according to city authorities.

The Presidential Security Service (PSS) recently bought a 3,860-square-meter plot of land, where a two-story house is located, near Tongdo Temple, a famous Buddhist temple some 380 kilometers southeast of Seoul, for a private residence of Moon and first lady Kim Jung-sook. It cost 1.47 billion won (US$1.2 million) to buy the land and the house.

A new house for them and facilities for bodyguards will be constructed there.

The PSS purchased the new plot of land, however, due to security concerns caused mainly by the limited space of the Maegok-dong site, a city official said.

Moon is scheduled to leave office in May 2022. 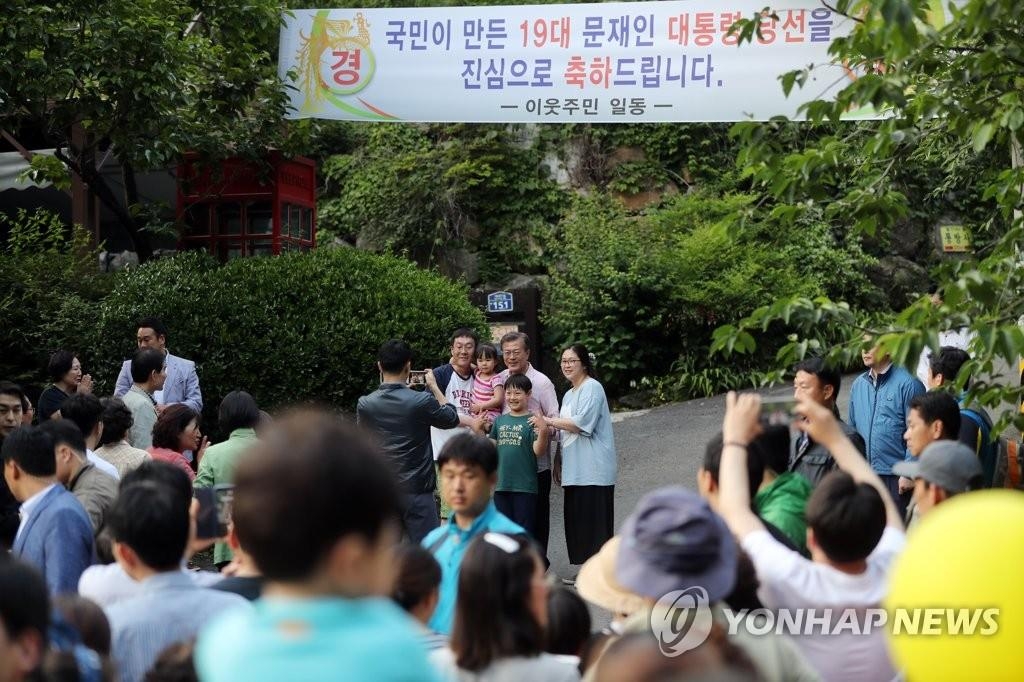