SEOUL, June 5 (Yonhap) -- South Korea's newly elected parliament convened its first plenary session Friday, but the main opposition party walked out of the chamber briefly after the opening in protest against the ruling party's plan over the organization of parliamentary standing committees.

The first full-floor meeting of the 21st National Assembly was called after the ruling majority Democratic Party submitted a unilateral request for the new chamber's inaugural session earlier this week.

Lawmakers of the main opposition United Future Party (UFP) attended the opening of the session, but all of them walked out of the chamber soon as a gesture of their protest.

"Today's meeting is not legitimate because there was no agreement between the ruling and opposition parties (over how to organize the standing committees)," UFP floor leader Rep. Joo Ho-young said at the beginning of the session before the lawmakers' walkout.

The two rival parties are at odds over the naming of the chairmen of the chamber's 18 standing committees, as both parties want the seat in the key committee on legislation and judiciary. 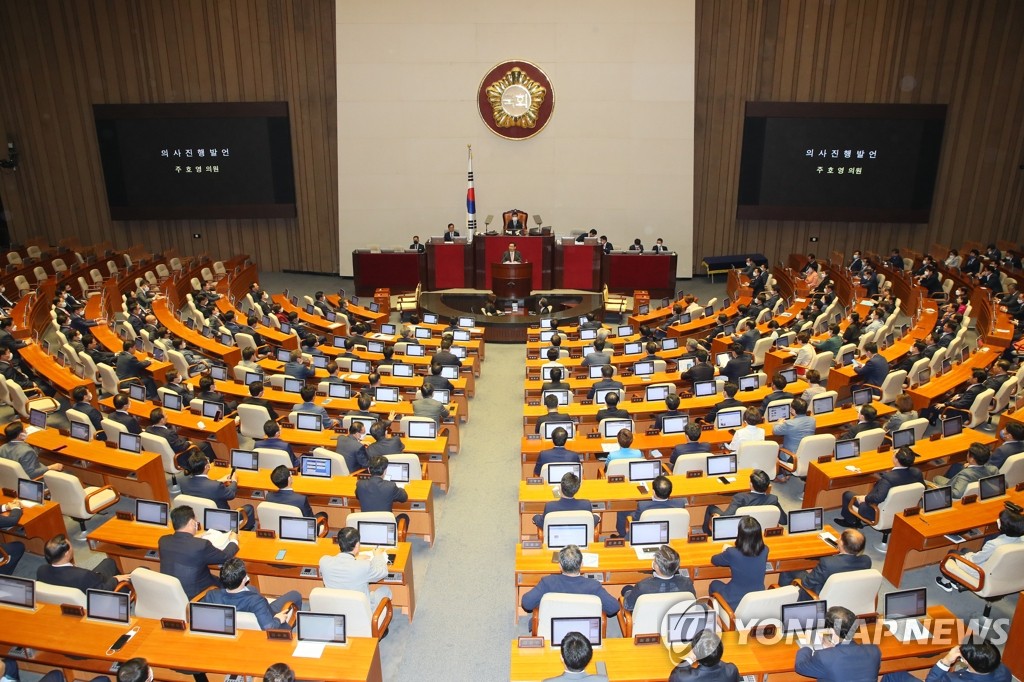 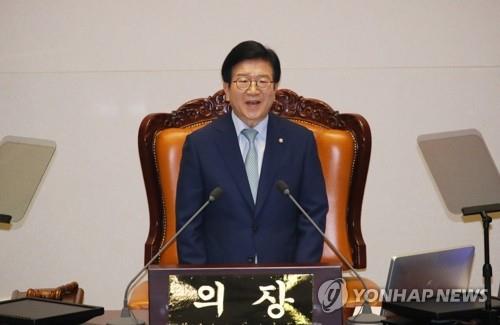