SEOUL, June 5 (Yonhap) -- An association of mayors from the border areas called on the unification ministry Friday to come up with stricter regulations to stop North Korean defectors and other activists from flying leaflets into the communist nation.

Jung Ha-young, mayor of Gimpo, west of Seoul, delivered a letter on behalf of the association of mayors from 10 border areas to Unification Minister Kim Yeon-chul, urging for an immediate halt to the leaflet campaign by defector groups and the enactment of a law banning such a campaign.

"Sending leaflets into North Korea is an irresponsible act that crushes the dreams of the people in the border areas hoping to live safely and peacefully without any tensions," the letter said.

Minister Kim said he is "well aware of how important it is for the people living in the border areas to maintain their peace and economy" as he received the letter. "We will cooperate closely with the association."

The letter comes after Kim Yo-jong, sister of North Korean leader Kim Jong-un, issued a statement denouncing the leaflet campaign as a hostile act that violates the peace agreements banning hostilities against each other signed during the summit talks of their leaders in 2018.

She warned that the North could scrap the military tension-reduction agreement, dismantle a shuttered joint industrial complex in the border city of Kaesong and shut down a joint liaison office, unless the South stops such leaflets from flying across the border.

Hours later, the ministry announced that the government is working on a plan to legislate a ban on sending anti-Pyongyang leaflets into the North, in a move that could spark an outcry over the possible infringement of the right to freedom of expression. 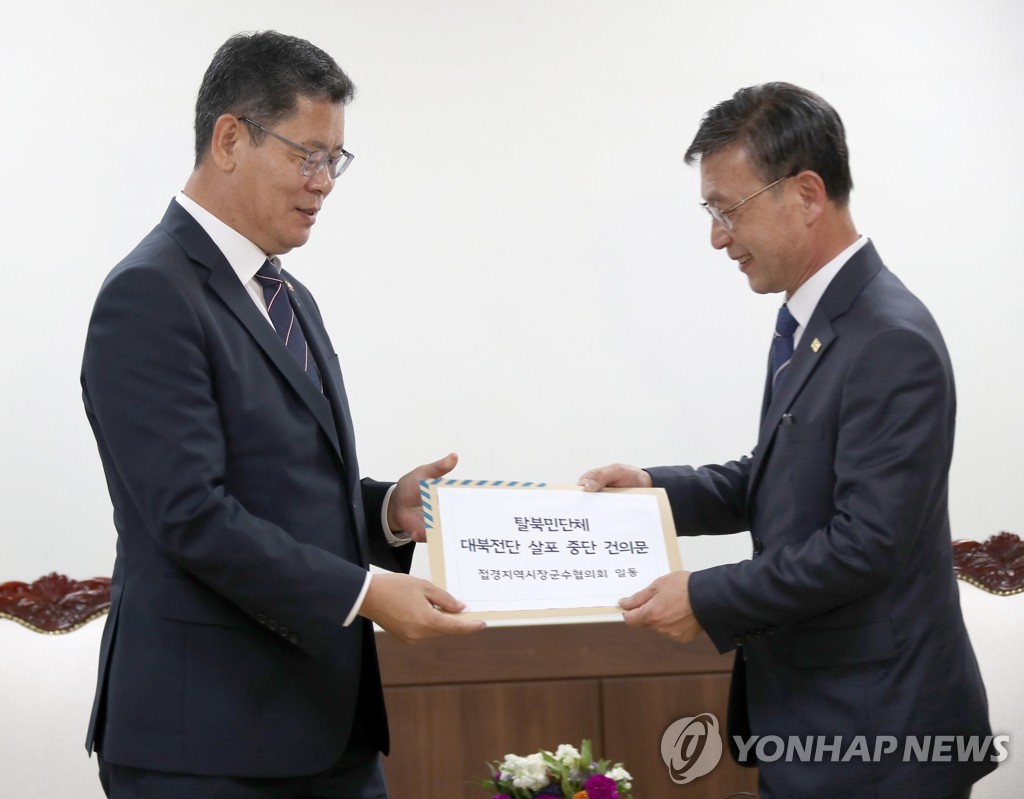