SEOUL, June 5 (Yonhap) -- Military radars, coastal CCTVs and other surveillance equipment captured a small rubber boat smuggling a group of Chinese into South Korea last month, but guards on duty failed to notice it until after the Chinese reached the shore and fled, officials said Friday.

On May 21, eight Chinese arrived in the western coastal city of Taean undetected on a 1.5-ton leisure rubber boat and then fled. The boat was found two days later after a report by civilians, according to the Coast Guard and the Joint Chiefs of Staff (JCS).

"Our probe found that the boat involved in the May case was captured by military radar six times, but soldiers in charge of the monitoring failed to detect the boat," a JCS officer told reporters.

Coastal CCTVs and thermal observation devices (TODs) also captured their arrival several times, but the troops simply thought it was an ordinary boat being used by civilians for leisure activities, he added.

A similar incident took place in April, but was belatedly known this week, where five Chinese crossed the Yellow Sea border from the easternmost Chinese province of Shandong on the same type of boat and arrived in Taean on April 19, they added. The boat was found Thursday. 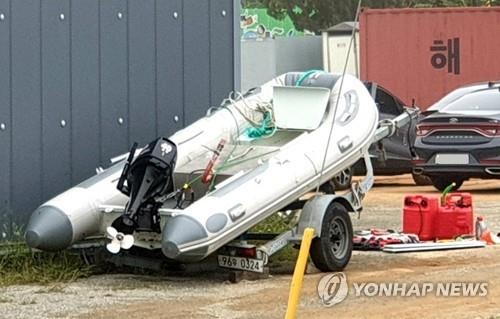 The investigation also found that the recording function of the TODs did not work at that time and related CCTV footage has since all been deleted as it is only stored for up to 30 days, according to the officer.

"After wrapping up the investigations, the authorities will reprimand those responsible for the negligence, including a division commander," he said.

In order to prevent any recurrence, the military vowed to beef up their maritime surveillance posture by employing more equipment and strengthening education for troops.

"We are also considering deploying unarmed aerial vehicles, such as drones, to vulnerable areas to better detect illegal entry attempts," he added.

Earlier, the JCS said that chances seem low that those cases have something to do with espionage activities, though a probe is under way with all possibilities open to learn if there were any security lapses.

Of the eight Chinese who sneaked into South Korea in May, four have been arrested so far. Two of the five Chinese nationals who arrived here in April were caught earlier in the day, according to the Coast Guard. 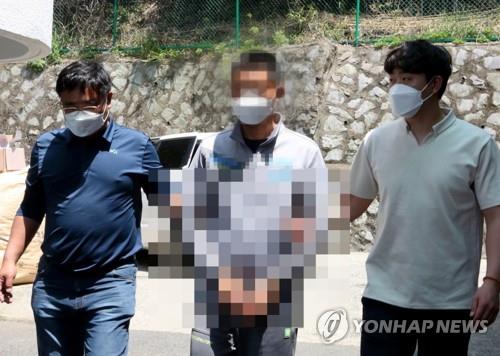