The song was uploaded on the music sharing service Soundcloud and BTS' official blog and Twitter for free download.

The BTS singer produced the song along with Big Hit Entertainment's producer Pdogg, according to BTS' Twitter.

Starting with the sound of rain, "Sill with You" is a ballad about never-ending love, smoothed by a jazzy melody and Jungkook's silvery voice.

The release is part of BTS' annual online fan event, dubbed BTS Festa, to celebrate the seventh anniversary of its official debut in 2013.

For the fest, the septet releases new content like exclusive photos, new songs and special choreography videos for free. 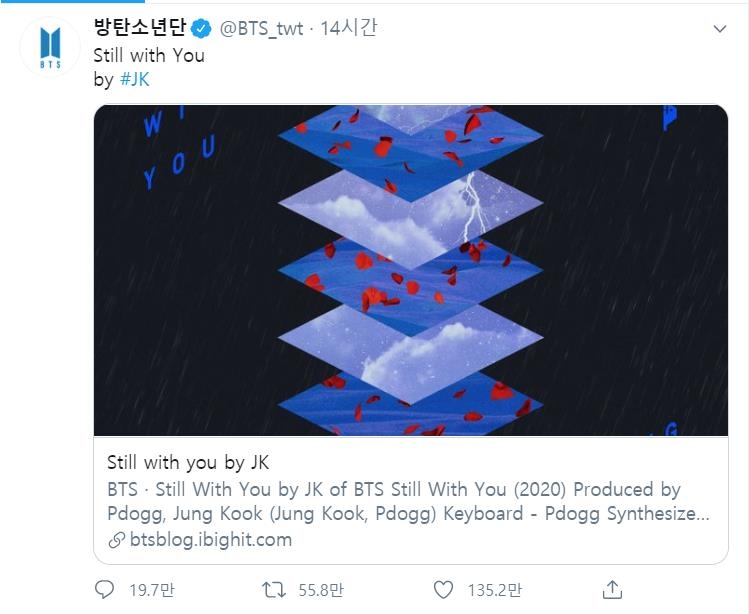