SEOUL, June 7 (Yonhap) -- More South Korean pupils are set to return to classes Monday in the final phase of the government's reopening plan amid growing anxiety over a second wave of new coronavirus infections in Seoul and the adjacent cities.

A total of 57 new coronavirus cases were added Sunday, the most in nine days, bringing the total caseload to 11,776. Among the new patients, 52 were from the greater Seoul area where nearly half of the country's total population of 52 million live.

The country will wrap up its four-phased reopening of schools nationwide Monday with 5.95 million pupils attending in-person classes.

The reopening of schools has been testing the government's pandemic response and quarantine system in the face of the highly infectious disease after the country began to ease social distancing guidelines in early May.

And schools seem to be less affected by COVID-19 than expected.

Data from the education ministry released Friday showed that only a handful of infections have been reported at schools -- six students and four school officials -- since schools began to reopen on May 20. 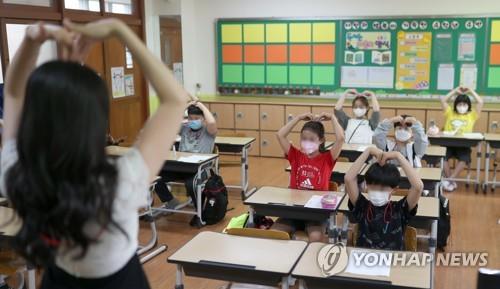 While schools shut down for nearly three months to limit the spread of the novel coronavirus, the country's sprawling private educational institutes, such as cram schools, or "hagwon" in Korean, largely stayed open despite the government's repeated warnings against it.

That the country continues to see small infection clusters traced to religious gatherings, nightclubs and a distribution center in Seoul and its surrounding area is also raising a red flag for the potential spread at schools.

Also among the most recently identified clusters was a Seoul-based health product retailer, which specializes in door-to-door sales for mostly elderly citizens. 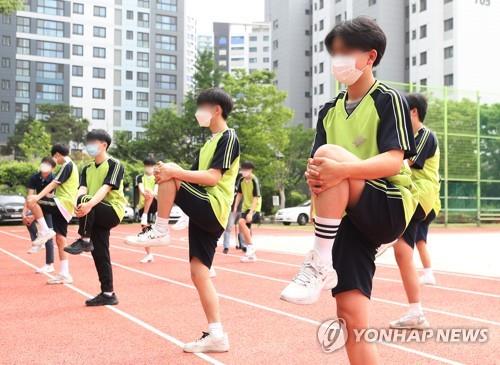