The district court in Chuncheon, 85 kilometers east of Seoul, sentenced a 19-year-old surnamed Bae, for violating the law on protecting children and adolescents, to a minimum of five years and maximum of 10 years in prison.

The court also ordered Bae to wear an electronic anklet to trace his whereabouts for the next 10 years.

South Korea's legal system allows courts to hand down a prison term with an upper and lower limit for juvenile criminals. Following a review by prison officials, the prisoner may be released early after serving the shorter term.

They were also suspected of illegally collecting personal data by securing the Twitter handles and passwords of 26 victims. One of the accomplices is accused of illegally taking photos of victims' bodies and sharing them in Telegram group chat rooms.

The court sentenced a 20-year-old accomplice, surnamed Ryu, to seven years in jail and another accomplice in his twenties to eight years in jail. They were both banned from working in facilities involving children, teens and the disabled for the next 10 years.

"The degree of the crime they committed is heavy and critical in the sense that it can cause lasting damage ... The social need to protect children and adolescents and prevent crimes that sexually exploit them is very big," the court said.

Calls to strengthen punishment of criminals who exploit victims in digital sex crimes have been growing following a series of similar incidents that have angered many here.

Members of a group demanding stronger punishment for such charges held a rally outside the court during Friday's trial. 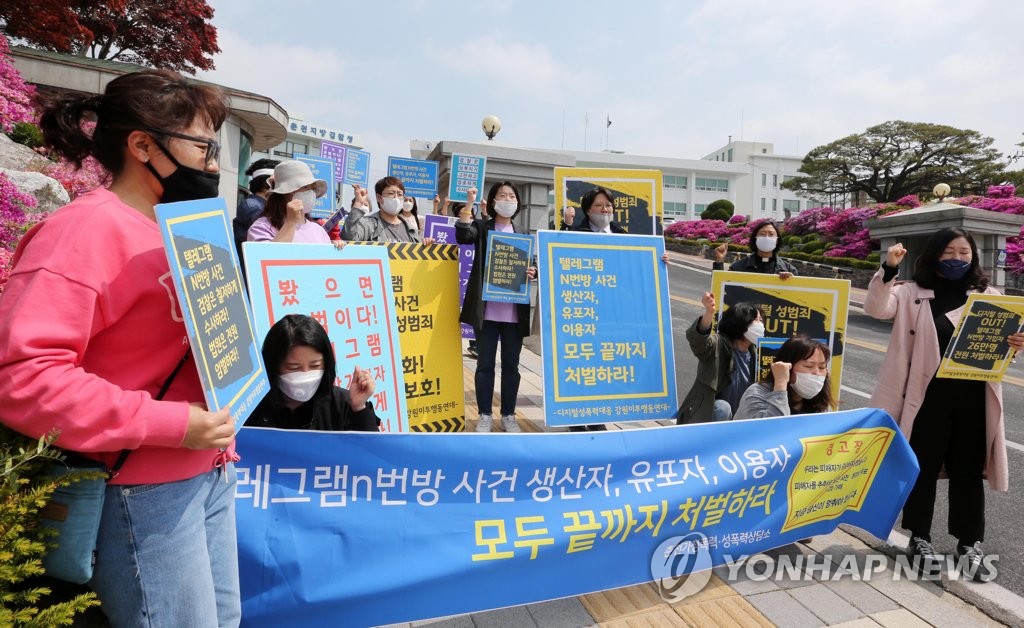