The densely-populated area has been hit by a string of cluster infections originating from call centers, clubs, churches and warehouses.

According to quarantine authorities, the number of COVID-19 cases traced to the health product seller, called Richway, located in Seoul's southwestern ward of Gwanak, increased by 19 from the previous day to 29 as of Friday noon. Eighteen of the 29 patients are from Seoul, with Gyeonggi, Incheon and South Chungcheong accounting for five, four and two, respectively.

The authorities are concerned, as most of Richway customers are in their 60s and 70s, who are known as the most vulnerable group for the coronavirus. 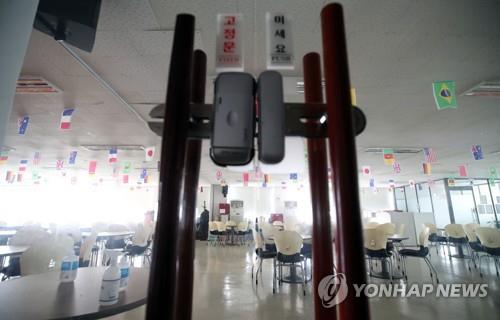 Richway, which registered itself as a door-to-door sales company, has frequently held sales promotional meetings and seminars for consumers at its office in Jowon-dong, Gwanak Ward, and most of meeting participants were reportedly elderly people.

During those gatherings, sales of health care products were allegedly intermitted by recreational activities so that the elderly participants wouldn't get bored.

The first coronavirus patient related to Richway was reported Tuesday, when a 72-year-old man living in Seoul's Guro Ward tested positive for the virus at a neighborhood hospital after collapsing at the Richway office the previous day.

While the infection route of the Guro Ward man is unknown, hundreds of senior citizens had reportedly attended Richway's sales meetings and seminars over the past two weeks, quarantine officials said.

"Participants in Richway's recent sales meetings have all been identified and most are elderly people. A total of 199 people -- 11 Richway employees and 188 who visited the company's gatherings from May 22 to June 1 -- are now taking the coronavirus test," a Seoul government official said.

The country added 39 more cases of the new coronavirus, including 34 local infections, on Friday, raising the total caseload to 11,668. Over the past two weeks, cluster infections accounted for 73 percent of new virus cases, and most mass infections were reported in the greater Seoul area.

The number of infections from clubgoers in Itaewon, a nightlife district of Seoul, reached more than 270. Another 124 cases were linked to a distribution center run by e-commerce leader Coupang as of Friday, according to the government.